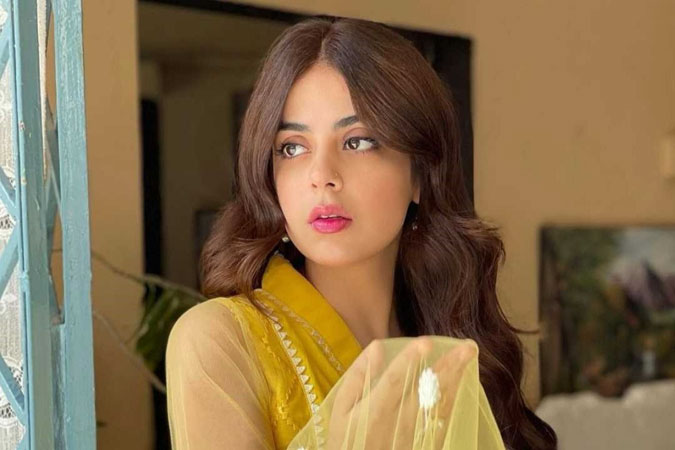 Actress Yashma Gill shares her ‘break-up’ playlist with fans in a video going viral on social media sites. The ‘Azmaish’ actor turned to her account on the photo and video sharing application, posting a new lip-sync video on the feed. “Limited edition #BreakupJam brought to you by Myself and @duajunejo5,” she wrote in the caption on the gram with a laughing tears emoji.

She added the hashtag ‘random sessions’ along.

The video was watched by over 43,000 users of the social platform and received several hearts and comments on the Insta post.

It should be mentioned here that Yashma Gill is one of the most followed Pakistani celebrities on social media with over 1.1 million followers on her Instagram account. Her IG feed is filled with stylish pictures of the diva from her photoshoots as well as BTS snippets of her projects. Meanwhile, on the work front, Gill has proved her mettle with performances in many superhit serials including ‘Azmaish’, ‘Kab Mere Kehlaoge’, ‘Qurban’ and ‘Iltija’.