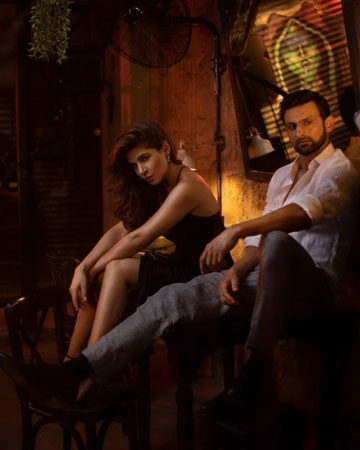 Pakistani actor Ayesha Omar appeared in a chat show where she reacted to the dating rumours with Shoaib Malik. She said, “First of all I did that photoshoot with Shoaib Malik last year. Actually, the people across the border thought that the photoshoot is recent, so they picked it up after a year of being published and it made the rounds again. I don’t have any attention to be controversial. I am very afraid all my life.” “In fact, it is proven thing that the people who look more unafraid seemingly, have a lot of traumas and fears,” she said. She questioned that if someone is having an affair with someone, then why would they do a whole photoshoot together and post it online? “I always stay away from married people or the men who are committed as I don’t like to link my name or to have an affair with these people,” she added. Ayesha’s name was previously linked to Shoaib and she faced accusations during the rumours of a divorce between Shoaib and Sania Mirza. Many news stories circulated online and various media outlets suggested that she played a role in the alleged separation of the couple.