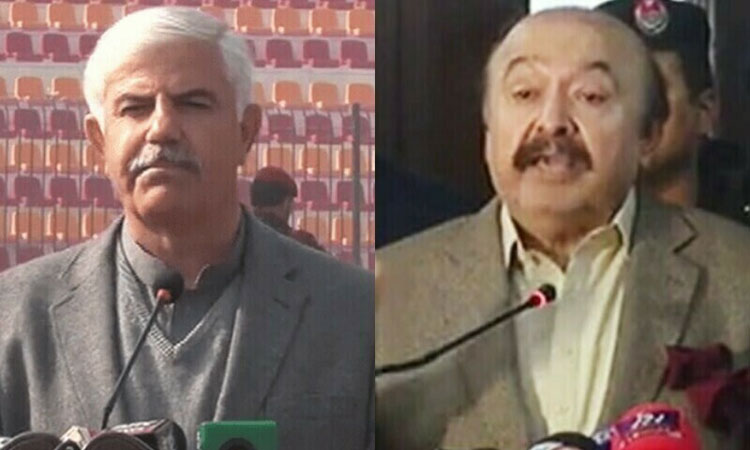 PTI leaders on Thursday all but confirmed on Thursday that the provincial assemblies of Khyber Pakhtunkhwa and Punjab were unlikely to be dissolved on December 23 (Friday) – the date previously given by party chairman Imran Khan – and that the matter would extend into January because of a constitutional crisis in Punjab. Former prime minister Imran Khan had last week announced that his governments in the two provinces will dissolve assemblies to pave way for fresh elections. However, Punjab Assembly (PA) Speaker and PTI leader Sibtain Khan hinted that the dissolution may be extended till the first week of January because of the vote of confidence and no-trust motion against Chief Minister Pervez Elahi. In a media talk on Thursday, Sibtain said: “We [the PTI] had to dissolve the assemblies tomorrow but this might be delayed till the first week of January as the no-confidence motion was presented.”

“Notices in this regard have to be issued first […] and the process will take a few more days,” he pointed out. “And now that the no-confidence vote has been submitted […] how can the assemblies be dissolved?” Sibtain said that the Punjab governor could only call for a session to take a confidence vote but “cannot de-notify” Elahi. Separately, Khyber Pakhtunkhwa Chief Minister Mahmood Khan said that the PTI has decided to postpone the dissolution of the provincial assembly until the fate of the Punjab Assembly is decided. In a media talk outside the Hayatabad Sports Complex in Peshawar, Mahmood said: “Imran Khan will first decide the future of the Punjab Assembly.” “Right now, consultation on the matter of the Punjab Assembly is under way. The decision regarding the Khyber Pakhtunkhwa Assembly will be taken after these discussions.” The chief minister added that he was in contact with his party’s senior leadership. “Up until now, Imran has not given me any directions on the dissolution. I will contact Imran but first a decision regarding the Punjab Assembly will be taken.”