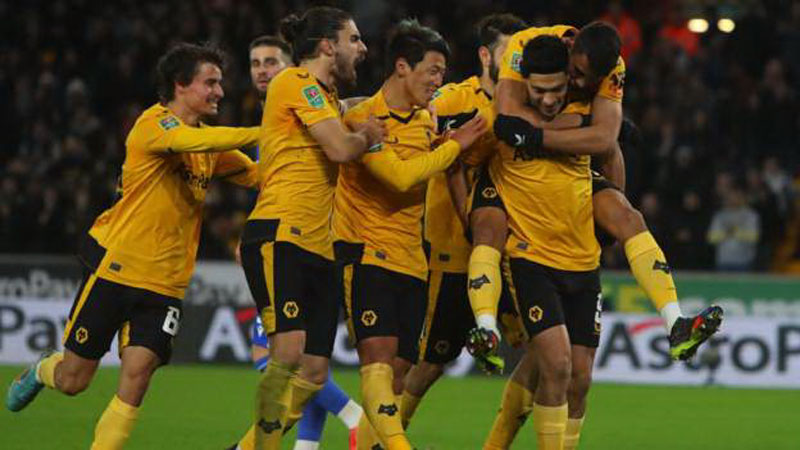 LONDON: Julen Lopetegui made a winning start as Wolves manager after late goals from substitutes Raul Jimenez and Rayan Ait-Nouri secured a 2-0 victory at home to Gillingham in the English League Cup fourth round on Tuesday.

Gillingham defied their position as the bottom club in all four tiers of English league football against top-flight strugglers Wolves.

The deadlock at Molineux was not broken until the 77th minute when Jimenez scored from the penalty spot before Ait-Nouri ensured Wolves’ place in the quarter-finals with a stoppage-time goal.

Former Sevilla and Spain boss Lopetegui was appointed by Wolves last month after Bruno Lage was sacked in October following a run of one win in 15 Premier League matches, going back to last season.

The 56-year-old will begin his quest to lift Wolves away from the foot of the Premier League against Everton on December 26.

“For me it is a very special day and, of course, I am very happy — but above all it is for the team because we wanted to be in the next round,” he said.

“We worked with good concentration and focus and in the end we are very happy.

“Now we have to look forward to the next matches. We have a hard task ahead but we have to be ready for it. We have a lot of things to improve.” Newcastle edged their all top-flight clash with Bournemouth 1-0 at St James’ Park after England defender Kieran Trippier provided the cross from which the Cherries’ Adam Smith headed into his own net in the 67th minute.

Southampton came from behind to see off third-tier Lincoln 2-1.

Goalkeeper Gavin Bazunu’s second-minute own goal gave Lincoln the lead at St Mary’s before two goals from Che Adams, one in each half, saw the Saints into the last eight.

On a night where Bournemouth were the only Premier League club to suffer a defeat, Leicester proved too strong for Milton Keynes Dons as they won 3-0 away to the League One strugglers.

Youri Tielemans, involved with Belgium at the World Cup, opened the scoring in the 18th minute before Ayoze Perez doubled the lead.

Former England forward Jamie Vardy completed the scoring when the veteran striker was on target early in the second half.