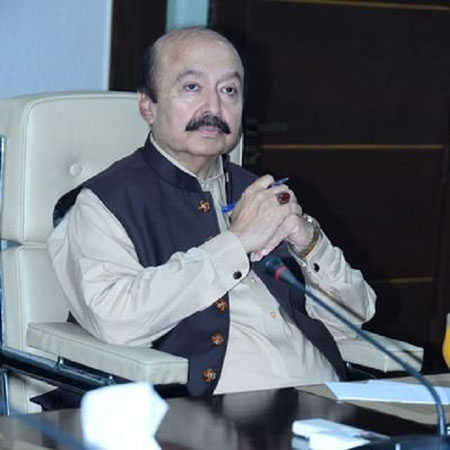 Punjab Assembly Speaker Sibtain Khan has sent a letter to President Arif Alvi for removing the incumbent governor, Punjab Minister for Environment Protection and Parliamentary Affairs Basharat Raja said. The former law minister mentioned that under Article 101(3), the president has the authority to remove the governor. He said in the letter written for the removal, the speaker has also complained about the governor’s behaviour. “He has also pointed out the unconstitutional measures of the governor and requested the president to ensure that the governor does not take further unconstitutional steps.” The development comes as the PML-N announced that the governor would denotify CM Elahi over his failure to obtain a confidence by 4pm. On Monday, Governor Rehman directed the Punjab chief minister to seek a vote of confidence on December 21. The governor’s direction came after the opposition Pakistan Peoples Party (PPP) and the Pakistan Muslim League-Nawaz (PML-N) filed a no-confidence motion against Elahi in a bid to forestall the dissolution of the provincial assembly on Friday. On Tuesday, Speaker Sibtain Khan, who was chairing the Punjab Assembly session, adjourned the sitting until Friday instead of Wednesday (today) as directed by the governor. The speaker said that the governor’s letter asking the chief minister to seek a vote of confidence was against the assembly rules as well as the Constitution.