IMRAN UNVEILS ‘PLAN OF ACTION’ TODAY OUTSIDE GOVERNOR’S HOUSE: Back to the people 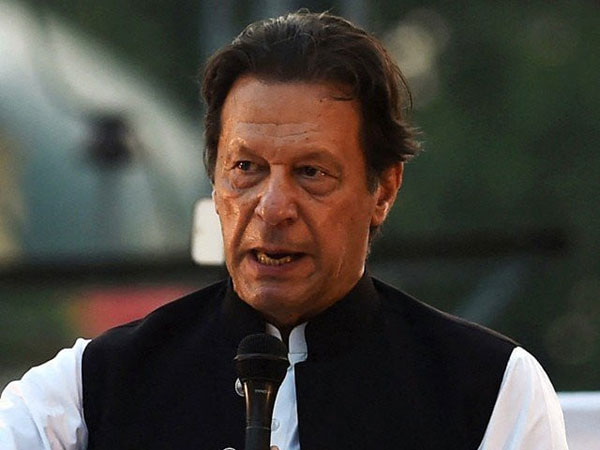 Former prime minister and Pakistan Tehreek-e-Insaf (PTI) Chairman Imran Khan on Wednesday said that it was his party’s constitutional right to dissolve the Punjab and Khyber-Pakhtunkhwa assemblies, as PTI announced to hold a “huge” demonstration outside Punjab Governor’s House at 5pm today to record its protest.

Talking to a delegation of lawyers at his Zaman Park residence in Lahore, Imran said that the country cannot progress until there is a rule of law. “In order to get out of the slavery of the United States, the justice system must be restored and all institutions must work within their limits,” he added.

He once again accused former army chief General (r) Qamar Javed Bajwa of being responsible for the current economic crisis in the country.

Imran said that dissolving assemblies was the PTI’s constitutional right. The lawyers briefed the former premier that the Punjab governor’s move to direct the chief minister to take vote of confidence was illegal. Imran Khan tasked the lawyers to start a movement regarding the rule of law across the country. PTI Chairman Imran Khan will announce his next plan of action in an “important” address today, a senior party leader said.

In a press conference in Lahore on Wednesday, PTI Focal Person for Economy Hammad Azhar said that the party would hold a “huge” demonstration outside Punjab Governor’s House at 5pm to record its protest, adding that Chairman Imran Khan will address supporters and announce a new “plan of action”. “A circus has been set up across the country,” Azhar said, berating the opposition, including Pakistan Peoples Party (PPP) Co-chairperson Asif Ali Zardari, for allegedly being involved in horse trading.

“Attempts are being made to disrespect the PTI mandate […] our MPAs are getting telephone calls and money of the Zardari rule is being used for games in Punjab,” he said.

Azhar said that the public would not stay quiet anymore. “This time, the nation will show what it wants […] The people will not become silent spectators. Enough is enough. Imran has decided that we will collect a big crowd outside the Governor House to prevent them [the Pakistan Democratic Movement] from taking any unconstitutional steps,” Azhar said.

He went on to say the PTI chief will address the gathering at 5pm and announce the way forward. Meanwhile, Fawad Chaudhry claimed that PTI’s female members were “offered money from Zardari sahab’s party”. “The MPAs told Imran Khan that they got calls in Multan and Lahore […] they were told to abstain and remain missing from the vote of confidence [against Elahi], but they rejected that too,” he said.

Fawad Chaudhry warned the governor to “refrain from any adventures”. He said that Elahi had the “complete support” of 187 members of the provincial assembly. “Ten lawmakers of PML-Q have also expressed confidence in the chief minister. On Thursday, 177 PTI MPAs will gather in favour of Elahi,” he stated, adding that the political crisis in Punjab was a reflection of the need for snap polls. He said PTI was all ready to bulldoze the no-trust motion after which the Punjab Assembly will be dissolved. Khyber Pakhtunkhwa (KP) assembly would follow the suit as announced by the ex-PM Imran. Fawad alleged that PPP co-chairperson Asif Ali Zardaris was offering Rs50 million each to women parliamentarians of the PTI to buy their loyalities. “PTI members are also being threatened on phone from unknown numbers to remain abstained from Punjab Assembly session in which no-trust motion will be presented.”