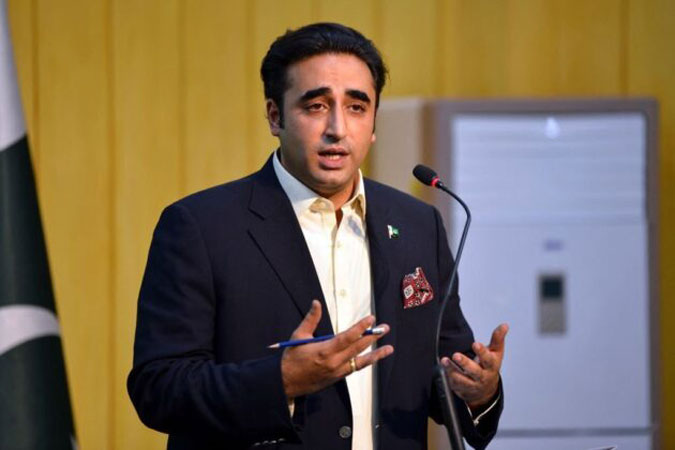 “I’m disappointed by the decision that was taken,” Foreign Minister Bilawal Bhutto-Zardari said on a visit to Washington. But, he said: “I still think the easiest path to our goal – despite having a lot of setbacks when it comes to women’s education and other things – is through Kabul and through the interim government.” Bilawal said there were no alternatives to the Taliban, warning of further instability in Afghanistan or the rise of the Islamic State group.

“Is the alternative for us to imagine that we can somehow artificially stitch together an alternate opposition that can command the same sort of legitimacy?”

The United States, whose troop withdrawal from Afghanistan last year precipitated the collapse of the Western-backed government, warned that the Taliban decision could permanently end any hopes by the militants for a positive relationship. But Bilawal said
it was even more crucial to ensure economic support “to create the political space necessary for those within the Afghan regime who actually believe that they should deliver” on rights issues.

Bilawal expressed concern over the recent surge in terrorist activities in Pakistan saying that incidents like the hostage situation at the counterterrorism facility in Bannu are “alarming”. “Regional peace is inevitable in order to achieve economic stability. Protecting our people is our first priority,” Bilawal said.

He said that Pakistan seriously desires an end to terrorism and militancy and establishing peace in the region, for which the country has played a key role. He also said that the security situation in Pakistan is better than 2007. “We are strictly obliged to take action against extremism, especially the outlawed TTP,” Bilawal said, adding that such action is necessary for the protection and security of the people. He said that Pakistan takes action against the banned outfit and expects Afghanistan to do the same on its soil. Moving on to Pakistan’s relations with other countries, the foreign minister said that they are making efforts to strengthen its bilateral ties. “We want better links with the US, Europe and other regions,” Bilawal said.

He also expressed pleasure over Pakistan’s exit from the Financial Action Task Force’s (FATF) grey list. He also appreciated US’ efforts for peace and stability. “Pakistan and the United States can move forward together in various fields. There are opportunities for cooperation in agriculture, health and many other sectors,” he added. Shedding light on Pakistan’s situation during the record monsoon rains from June to September, the Pakistan Peoples Party (PPP) leader said that the country’s biggest challenge is to deal with the floods, possible future environmental disasters and helping the victims.

Our focus is on dealing with the destruction caused by the flooding, said Bilawal. The minister urged the international community to cooperate to rehabilitate the flood victims. “The international community must work with Pakistan against climate change as different countries have been affected by it,” said Bilawal, hoping to receive funds from fellow countries at the International Conference on Climate Resilient Pakistan. He also thanked the United Nations Secretary-General António Guterres’s appeal for help for the flood victims.

“This conference is the beginning to deal with climate change. We are working on a strategy to deal with the future challenges,” said the foreign minister. Meanwhile, Foreign Minister Bilawal Bhutto Zardari in a meeting with Administrator of the United States Agency for International Development (USAID) Samantha Power has discussed the long-term cooperation for rehabilitation and reconstruction of Pakistan’s flood-affected areas. “Had a productive meeting with USAID Administrator. Thanked for her leadership in galvanizing support for flood relief,” he said in a tweet following the meeting.

The foreign minister appreciated the United Nations Secretary-General’s humanitarian assistance of $97 million. Samantha Power in a tweet said she discussed with FM Bilawal how communities impacted by Pakistan’s recent floods were faring and the impact of U.S. assistance in the immediate aftermath. She also mentioned that the discussion also focused on working together to build resilience in preparing for future crises.