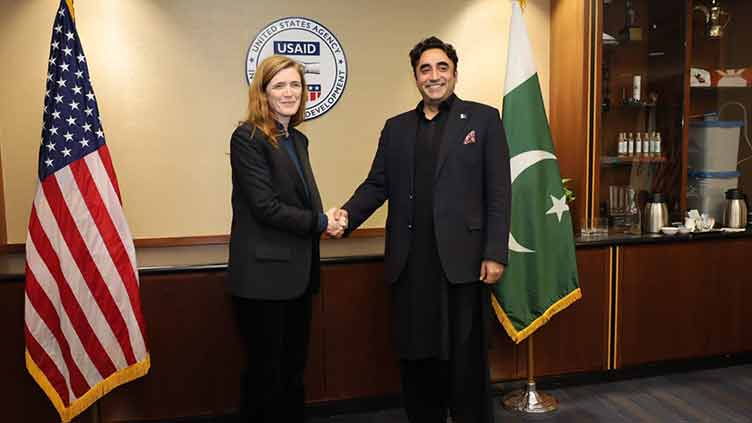 The Foreign Minister said in a tweet that he had a fruitful meeting with USAID Administrator Samantha Power. During the meeting, he thanked USAID leadership for helping to deal with floods in Pakistan and appreciated the humanitarian aid from the United States.

Bilawal Bhutto and USAID Administrator discussed long-term cooperation for the rehabilitation and reconstruction of flood-affected areas.

The Foreign Minister also met Senator Lindsey Graham, Senator Bob Menendez, Senator Jeane Shaheen, and Senator Tim Kaine and appreciated the US support to Pakistan for relief, rehabilitation, and reconstruction of flood-affected areas. The Foreign Minister said that Congress is playing an important role in supporting rehabilitation and reconstruction after the floods.