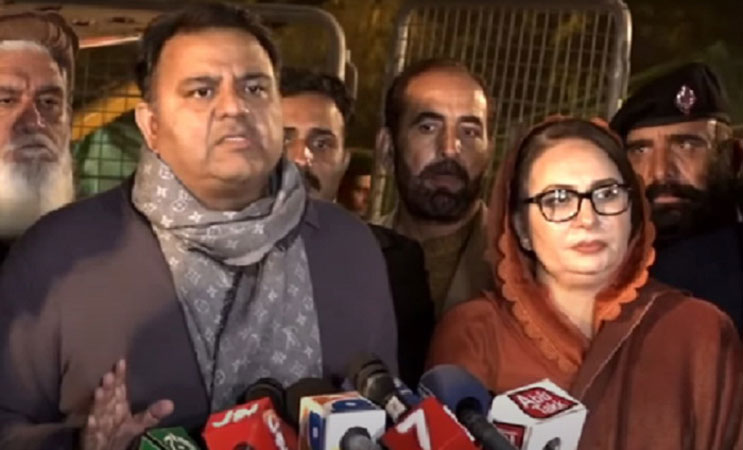 PTI Senior Vice President Fawad Chaudhary says that his party has decided to keep its alliance intact with the PML-Q, adding that both coalition partners would join forces to thwart the opposition’s attempts to oust Punjab Chief Minister Chaudhary Pervaiz Elahi. “The PTI and PML-Q combined has the numbers to defeat the opposition’s move of removing Punjab Chief Minister Pervaiz Elahi,” he said while addressing the media in Lahore on Tuesday. Fawad said that an advice for the dissolution of the Punjab Assembly would be sent to the governor soon after defeating the vote of no-confidence moved by the PML-N and PPP lawmakers. “It is the prerogative of the Punjab Assembly Speaker to decide whether to take up the no-confidence vote first or the vote of confidence,” he added. He disclosed that a meeting of their legal committee was held, which was attended by PML-Q senior leader Moonis Elahi. “In the meeting, we have decided that the PTI and the PML-Q were in alliance and will continue with it, and we will together face the vote of no-confidence vote as well a vote of confidence,” he added.

“At present our number in the Punjab Assembly stands at 190 while two of our members who abstained from the previous no-confidence vote have been sent a notice to ensure their presence on the voting day. All our combined members have been instructed to vote for Punjab Chief Minister Chaudhary Pervaiz Elahi,” he said. He accused the federal government of trying to running away from the general elections. “Only six days left in the local government elections in Islamabad, but the government was trying to derail it by increasing the number of union council seats in the capital.”