PDM may offer CM’s slot in Punjab to PPP 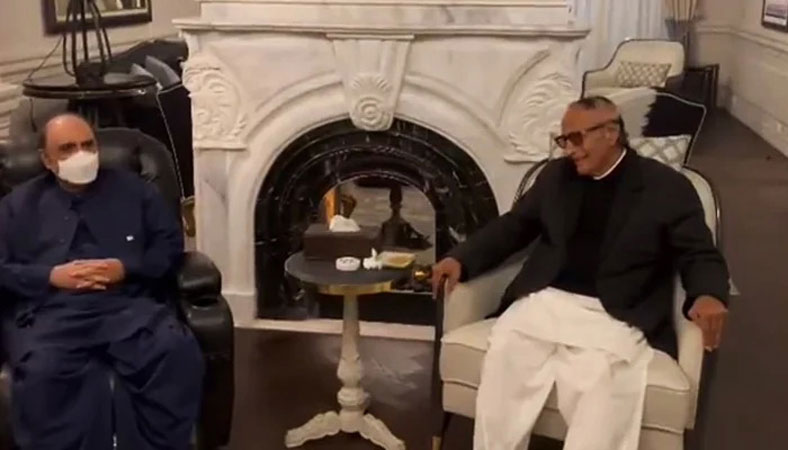 The Pakistan Democratic Movement (PDM) government is likely to offer the office of the Punjab chief minister to the Pakistan People’s Party (PPP), a private TV channel reported. The development comes after Pakistan Muslim League-Quaid (PML-Q) President Chaudhry Shujaat, according to the PPP sources, threw his weight behind the party. As a result, the joint opposition has decided to offer the post to the PPP, the TV channel claimed. On Tuesday, PPP supremo Asif Ali Zardari and PML-Q President Chaudhry Shujaat Hussain held an important meeting and discussed the political situation in Punjab. In a statement issued here by the Party Secretariat, both the leaders had ‘final’ consultation on the vote of confidence and motion of no-confidence in Punjab. They agreed that the next chief minister will be from the PDM parties. Both the leaders also contacted Prime Minister Shehbaz Sharif during this meeting. Nasir Hussain and Malik Ahmad Khan briefed both of the leaders on the important issues in Punjab. Senior leaders of PML-Q Chaudhry Salik Hussain and Tariq Bashir Cheema were also present during the meeting.

The Pakistan Muslim League-Nawaz (PML-N) and the PPP submitted the no-confidence motion against the Punjab CM a day earlier in a bid to thwart the PTI’s plan of dissolving the assembly. PTI Chairman Imran Khan announced last week that he would dissolve both assemblies – Punjab and Khyber Pakhtunkhwa – on December 23. Subsequently, Punjab Governor Baligh-ur-Rehman convened the crucial meeting of the provincial assembly on December 21 (Wednesday).