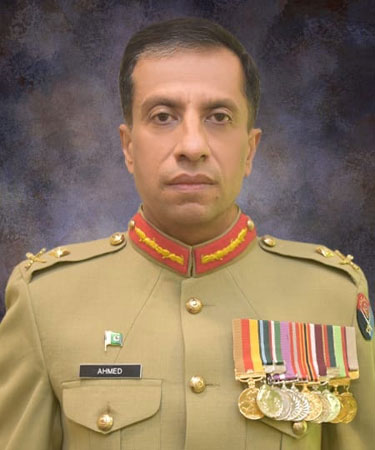 The security forces on Tuesday cleared the Counter Terrorism Department (CTD) centre after killing 25 terrorists inside the compound while liberating all the hostages from their captivity.

Major General Ahmed Sharif Chaudhry, the director-general of ISPR, while sharing details of clearance operation with a private TV channel, added that two soldiers embraced martyrdom and ten people including three officers were injured during the operation. Three terrorists were arrested during the operation while another seven surrendered themselves, he said.

According to the military spokesman, the militants who overpowered prison officials, seized their weapons and demanded a safe passage to neighbouring Afghanistan. He revealed that the negotiations with them lasted for over 48 hours before the operation began to flush them out of the compound. “We are determined to root out terrorism and will not hesitate to make any sacrifice in the fight against terrorism,” he added. Official sources told APP that the operation conducted by the Special Services Group of Pakistan Army (SSG) was started at 12:30pm on Tuesday after the terrorists refused to set free the hostage staff of CTD.

The SSG commandos cleared the compound at 2:30pm after two hours of operation and killed 25 terrorists inside the centre. The sources said that 10 SSG jawans including an officer sustained injuries while two embraced martyrdom. On Sunday, the militants made hostage the staff at CTD centre after one of the outlaw snatched a rifle from its staffer after hitting him on head with the brick.

There were reports that the arrested militants were demanding a safe airlift to Afghanistan along with their detained accomplices in return for the release of the hostage staff. Prior of the operation, the emergency was imposed in all three major hospitals of Bannu, while the local administration as a precautionary measure had closed educational institutions. The people in the vicinity were asked to remain indoors and traffic in the area was also suspended.

Defence Minister Khawaja Asif on Tuesday said that the Special Services Group (SSG) had completed the operation against terrorists at Counter-Terrorism Department (CTD) Centre Bannu, recovering all hostages and killing all members of the outlaw organization. Sharing details of the operation conducted by security forces against militants, who besieged the CTD center in Bannu, the minister informed the joint sitting of the parliament that all terrorists had been killed and the compound had been cleared at 2:30 pm on Tuesday. He said that the operation started at 12:30 pm on December 20 and concluded at 2:30 pm. He added around 10 to 15 SSG jawans including one officer received injuries while two embraced Shahadat. The situation emerged after an arrested militant overpowered staff, snatched a rifle and later held hostages inside the CTD centre in Bannu, he added. Khawaja Asif said, “All the terrorists who had taken hostages at CTD centre in Bannu were killed during the operation of security forces.”

He said that the chief minister KPK and CTD department which is responsible for countering terrorism in the province were actually hostages of Imran Khan as his government did nothing during last nine years even in floods and other untoward situations. The minister said that this incident is again an utter failure of Imran Khan’s government in KPK and added that again Pakistan Army played its role.