Security forces finally decided to act against the hostage situation fast deteriorating in a counterterrorism police station in Bannu Cantt. At least two counterterrorism officials were killed when prisoners snatched their weapons during an interrogation. This came on the heels of yet another militant attack on a police station in Lakki Marwat, which killed four police officers and critically injured another four. Now that the operation has concluded, it is time to take stock of our defences.

Since its inception in 2007, the TTP has been Pakistan’s deadliest terrorist organisation; perpetuating high-profile attacks, such as the 2014 APS massacre in Peshawar. The group remains resolved to overthrow the Pakistani state and transform it into a Sharia-governed republic; demanding a demilitarized FATA and an open border with Afghanistan through which its militants have infiltrated our territory many times before. The militant-turned-government in Afghanistan has resisted Pakistan’s efforts to secure the Durand Line, arguing that the border disrupts trade and movement.

The fall of Kabul to the Afghan Taliban in August last year has produced a new era of uncertainty for regional security in South Asia; emboldening the TTP to regain much of the power it lost in the face of Pakistani and American counter-terrorism initiatives. Despite insistence to the contrary, it has quickly abandoned its pledges towards counter-terrorism and is intent on turning Afghanistan into a safe haven for international terrorists. It is unclear how much sway the Afghan Taliban has over TTP’s actions, but there is a growing feeling in Islamabad that the two organisations are intimately connected. The Taliban’s reluctance to pressure the TTP into conceding to Pakistan’s demands has reinforced this feeling. Indeed, the two share strong interpersonal bonds and are aligned in their desire to implement a Shariah-compliant political order. The TTP has even emulated its organisational structure after the Afghan Taliban, deriving legitimacy from their counterparts in Afghanistan. It would not be unfair to assume that the TTP is conducting its most crucial activities from inside Afghanistan, which puts the government in a precarious position.

There appears to be no census on how the TTP should be approached by Pakistan’s military and political establishment; this ambivalence has paved the way for even more violence. Pakistan cannot afford to spend its political capital on backing the Afghan Taliban anymore, considering we have already overestimated our influence over its decisions. The Taliban has defied Pakistan numerous times since coming into power. Any ceasefire between the two countries is unlikely to last very long because the Taliban and its affiliated organisations have a penchant for breaking promises. It is time we recognise this and devote our resources to protecting our own bases. * 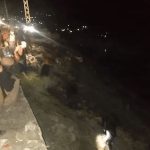