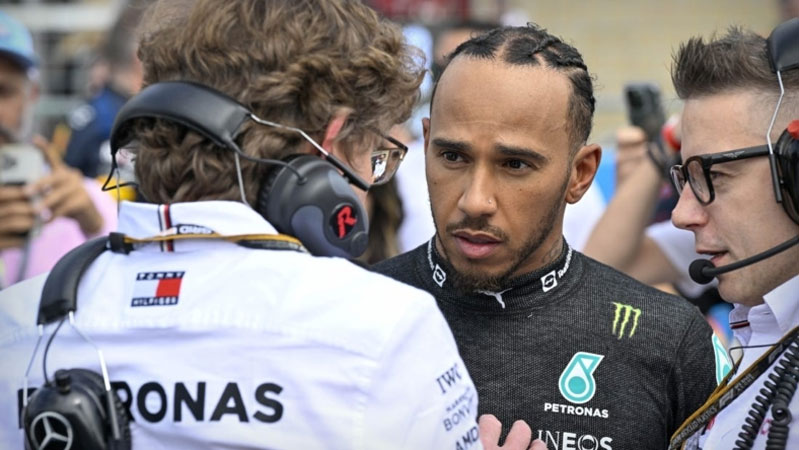 LONDON: Formula 1 drivers will no longer be able to make political, religious or personal statements at race events unless they receive prior permission from the FIA, according to a new rule announced by the sport’s governing body.

The new rules (12.2.1.n) state: “The general making and display of political, religious and personal statements or comments notably in violation of the general principle of neutrality promoted by the FIA under its Statutes, unless previously approved in writing by the FIA for International Competitions, or by the relevant ASN for National Competitions within their jurisdiction.”

The new rules take effect on Jan. 1, 2023. Although there are no specific sanctions written into the rules, punishments may involve race bans and fines.

The move comes after several years of acts of political and environmental activism by drivers including Grand Prix drivers Sebastian Vettel and Lewis Hamilton.

Prior to the first race after the May 2020 murder of George Floyd in Minneapolis, Hamilton wore a Black Lives Matter T-shirt and took a knee, with 13 of the other 19 drivers joining him. He continued the gesture at the following 17 races.

Hamilton also wore a T-shirt on the podium at the 2020 Tuscan Grand Prix at Mugello that referenced Breonna Taylor, the 26-year-old medical technician shot by police in Kentucky during a raid on her apartment.

In September of 2020, the FIA banned non-official clothing from being worn on the podium for future races.

At the 2021 Hungarian Grand Prix, Vettel wore a rainbow Pride t-shirt in defiance of the country’s anti-LGBTQ legislation.

Vettel has also been a strong voice on issues of injustice as well as environmental issues, using his helmet to bring awareness to issues ranging from the war in Ukraine to Canada’s extraction of oil from the Athabasca tar sands in the northeastern part of the country.

The FIA Statutes state that the governing body “shall promote the protection of human rights and human dignity, and refrain from manifesting discrimination on account of race, skin colour, gender, sexual orientation, ethnic or social origin, language, religion, philosophical or political opinion, family situation or disability in the course of its activities and from taking any action in this respect.”