* In an outing with a local publication in the country, Mirza, known for his acclaimed film 'Naseem' — called out Vivek Agnihotri for being 'inhuman' with his movie 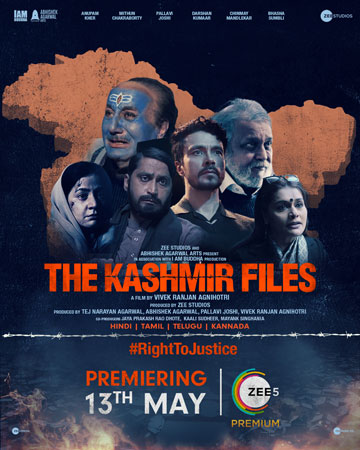 Indian filmmaker Vivek Agnihotri’s controversial title ‘The Kashmir Files’ has been thrashed as ‘garbage’ by the National Award-winning director.

‘The Kashmir Files’ seems to be in yet another controversy as it has been dubbed as ‘garbage’ by the veteran Indian film director and screenwriter, Saeed Akhtar Mirza.

In an outing with a local publication in the country, Mirza, known for his acclaimed film ‘Naseem’ — called out Vivek Agnihotri for being ‘inhuman’ with his movie.

“For me, The Kashmir Files is garbage,” Mirza told the outlet. He added, “Is the Kashmiri Pandit issue garbage? No, it’s not. It’s real. Is it just the Kashmiri Hindus? No. Muslims are too caught in an incredibly vulgar trap of machinations of intelligence agencies, nations with so-called national interests, and paid guys from across the border, who continue to create havoc.” “The point is not to take sides. Be human and try to understand,” the filmmaker concluded.

Agnihotri responded to the statement with a tweet on Tuesday. He posted a screengrab of Mirza’s remarks on the micro-blogging site and wrote, “Maine kaha Mirza sahab ko Salaam. Fir milte hain Janaab, The Delhi Files ke baad (I say, salutations to Mirza sir. Let us meet again after The Delhi Files). 2024.” About ‘The Kasmir Files’, the drama flick follows the fictional storyline of the Kashmiri Pandit community during the 1990s exodus from Indian-administered Kashmir. The star cast of the film features Anupam Kher, Mithun Chakraborty, Darshan Kumar, Pallavi Joshi, Chinmay Mandlekar and Bhasha Sumbli.

Vivek Agnihotri helmed the direction of the film and also co-written the storyline with Saurabh Pandey. The film was the second biggest Box Office success for 2022, however, received mixed to negative reviews from critics and was criticised for ‘propagating Islamophobia’.