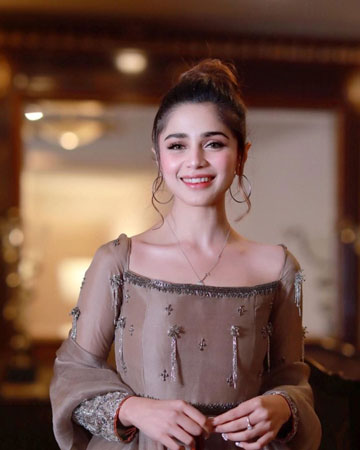 The show host, Ahmed Ali Butt, during the interview asked the Yaarian singer about her views on the future of female playback singers in the Pakistani film and drama industry.

She replied that female singers are not mostly recognised even if they produce a hit song, and they are left uncredited.

Aima said that even though she doesn’t trust the awards anymore, but female artists used to get recognition for their craft before.

However, she added that they get close to none recognition in the award shows.

Later, the singer was asked to choose between artists based on preference.

She said that although both of them are incredibly talented artists, but she prefers Atif Aslam because she has been his fan since childhood.

Aima was also asked to pick between Shaan Shahid and Humayun Saeed, she said that she will pick the London Nahi Jaunga actor as she loved his acting in the Netflix hit series, The Crown.