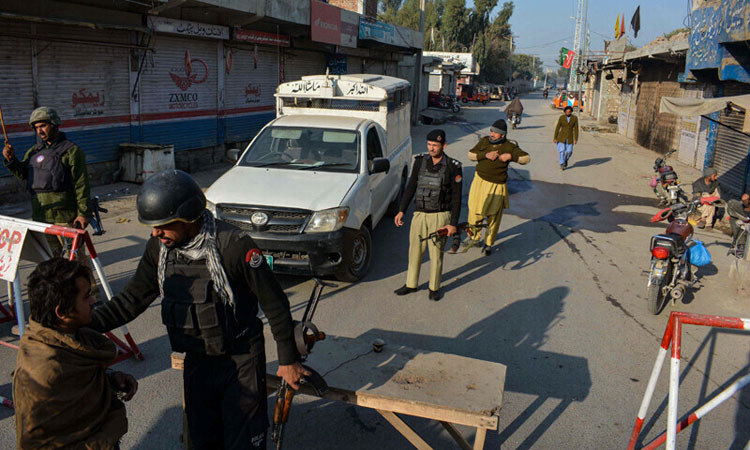 Talks between the government and militants – who took over the Bannu Counter-Terrorism Department (CTD) compound a day earlier – did not result in any breakthrough despite the lapse of several hours, a private TV channel reported on Monday.

On Sunday, detained militants inside the CTD facility took over its compound, held interrogators hostage and demanded safe evacuation to Afghanistan. The outlawed Tehreek-i-Taliban Pakistan (TTP) claimed responsibility for the incident. Talks between Pakistani officials and the leadership of Tehreek-e-Taliban Pakistan (TTP) are underway in Afghanistan, confirmed Mohammad Ali Saif, spokesperson of the Khyber Pakhtunkhwa government. “We are in negotiations with the central leaders of the Pakistani Taliban in Afghanistan,” said Saif, and warned of strict action if the armed men do not surrender. He also confirmed that a security official was killed in the Bannu compound by the militants but did not elaborate further. He said the government had engaged the militants to avoid casualties. Separately in a tweet, Saif clarified that the government would not fulfil any demand of the terrorists. He said that the “beleaguered terrorists” wanted to get the public’s sympathy through messages.

The SACM said it would be better for the armed persons to lay down their weapons, warning that “strict action” would be taken against them otherwise. He concluded that elements involved in terrorist activities would “not be treated lightly”. The situation in Bannu remained tense on Monday as police and security agencies cordoned off the cantonment area – where the facility is located – and asked residents to stay indoors. Internet and mobile phone services were also suspended in the area. Deputy commissioner of Bannu said that schools – both government and private – in the district would remain closed on December 20, Tuesday.