General elections to be held on time: Ahsan Iqbal 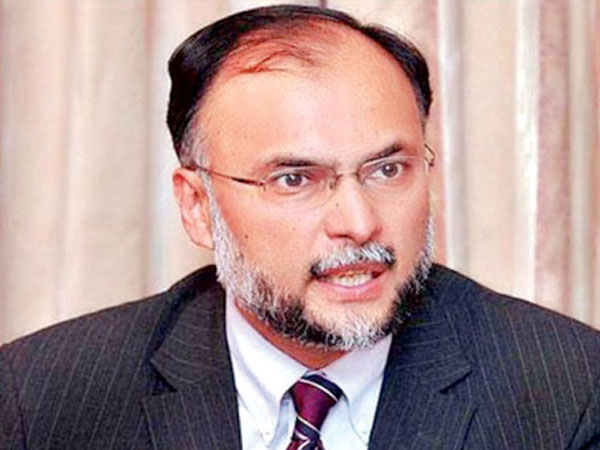 Federal Minister for Planning and Division Ahsan Iqbal said on Monday that general elections would be held on time. Addressing Pakistan Muslim League-Nawaz (PML-N) Workers Convention, he said Pakistan Tehreek-e-Insaf (PTI) chief Imran Khan was a fraudster who used funds raised for Shaukat Khanum hospital for his elections. “Mr Khan got a fake story published in Daily Mail against prime minister Shehbaz Sharif in connivance with Shehzad Akbar”, he added. He said PTI Mr Imran was pretending to be honest adding he had sold all the state gifts he received from the rulers of other countries. “If he was an upright person, why was he reluctant to take the pictures of the gifts”, he asked. He further said people loved Nawaz Sharif as the name of progress while former PM gave us the country in dilapidated state. He challenged Mr Imran to highlight even one development project carried out in Usman Buzdar’s tenure as Punjab CM.