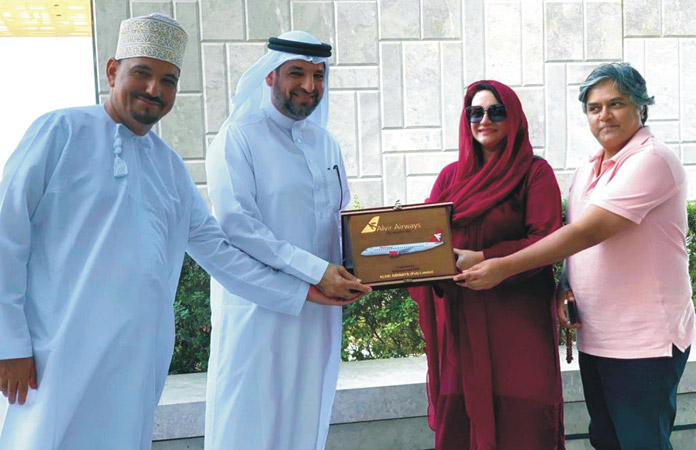 Health Minister of Oman Dr. Hilal bin Ali said that measures to increase labor and trade opportunities in the two Islamic brotherhood countries are the need of the hour. He said that Pakistani doctors are providing the best medical services in the developed countries of the world due to their professional abilities and subliming the name of Pakistan in the world. Oman’s health sector also has excellent opportunities for Pakistani doctors and paramedical staff, he added.

CEO Salam Air Captain Muhammad Ahmed and Chairperson Alveer Airways also discussed the common issues of aviation industry of Pakistan and Oman. The both delegations also discussed proposals regarding the number of passengers traveling between Pakistan and Oman and increasing the number of flights. The CEO of Salam Airways told that his airline’s network extends to 32 destinations in the Middle East, Asia and Europe, including Pakistan. Various proposals were also exchanged in the meeting as well as detailed discussion was also held on important measures for the promotion of trade relations. At this occasion, Salam Air CEO Captain Ahmed also presented a commemorative shield to Chairman FESCO Board of Directors (BODs) Malik Tahseen Awan and his wife Chairperson Alveer Airways.