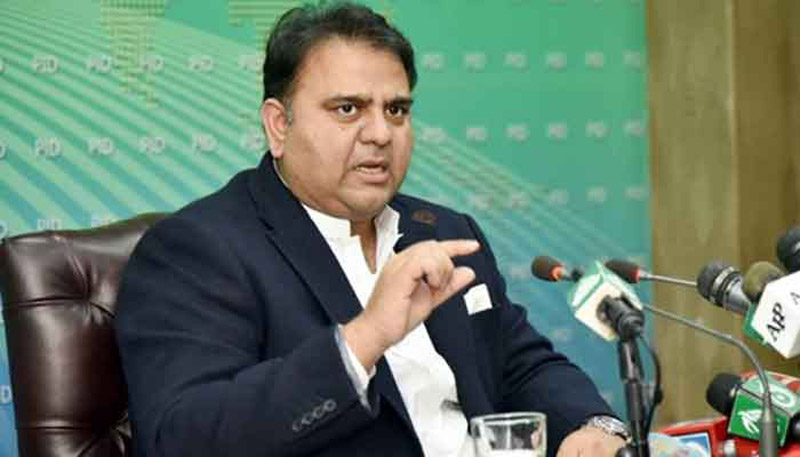 Pakistan Tehreek-e-Insaf (PTI) Senior Vice-President Fawad Chaudhry Thursday confirmed that Chief Minister Punjab Chaudhry Parvez Elahi has suggested to extend date for dissolution of the provincial assemblies. Talking to media, Fawad said the PTI is determined to dissolve assemblies in Punjab and Khyber Pakhtunkhwa in December at every cost. He said that Punjab government must dissolve assemblies on Imran Khan’s call if Pakistan Muslim League – Quaid wants to remain an ally of the PTI in future . Fawad said the establishment is burdening itself with the political corpses of Nawaz Sharif, Fazl-ur-Rehman and Asif Zardari. “It is yet to be seen how quickly it [establishment] gets rid of them [corpses],” he further said. Shedding light on cases registered against the Election Commission of Pakistan (ECP), the former federal minster said that the party had filed petitions against the ECP adding that the courts must decide cases against Azam Swati, Arshad Sharif and Shahbaz Gill independently.

He also said that the PTI desired to make Pakistan a democratic state adding that all the powerful stakeholders must respect people’s choice.

Speaking about elections, he said that fresh elections was the only agenda of the PTI. Earlier in the day, Punjab government spokesperson Mussarat Cheema said that Pakistan Tehreek-e-Insaf (PTI) Chairman Imran Khan was planning to dissolve assemblies till Dec 20.

Commenting on the reaction over the appointment of Kastro, she added that Imran Khan did not react as much as the rest of the party leadership did.

Talking about the First Information Report (FIR) against gun attack on the former prime minister, the PTI leader said that all other FIRs were lodged except Imran’s, adding that the provincial government was also probing into how FIR was registered against Dr Shahbaz Gill.