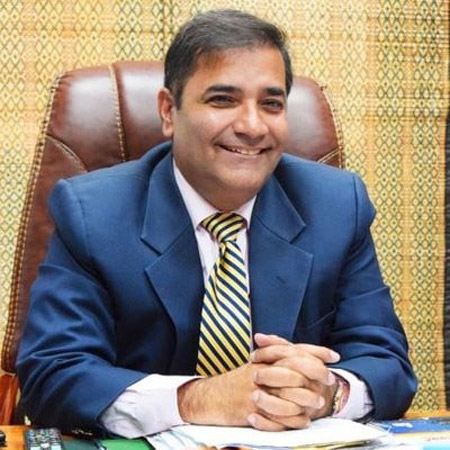 Dr Saif-ur-Rehman has been appointed as the port city’s administrator, a notification from the Sindh Local Government Department said Wednesday.

“In exercise of powers, vested U/s 21(3) of Sindh Local Government Act, 2013 […] and with the approval of the competent authority, upon acceptance of resignation of Barrister Murtaza Wahab […] Dr Syed Saif-ur-Rehman, an officer of PAS (BS-20) […] is hereby appointed as Administrator, Karachi Metropolitan Corporation.”

The notification stated that Dr Saif has been appointed effective immediately to the post till further orders. He was serving as the Principal Secretary to Governor Sindh Kamran Tessori. The development comes days after Sindh Local Government Minister Syed Nasir Hussain Shah said an MQM-P nominee would be appointed to the KMC office in a day or two.

“We had already discussed with the MQM-P that whomever they name would become the next administrator,” the minister told journalists during a press conference. The MQM-P had also recommended party leader Abdul Waseem in case a political administrator is to be appointed as the new KMC chief while Dr Saif’s name was shortlisted if a government officer is picked for the slot. The Pakistan People’s Party (PPP)-led Sindh government has accepted the MQM-P nominee as part of the agreement they had reached in March, where the latter supported the multi-party alliance of the Pakistan Democratic Movement (PDM) to oust Imran Khan’s government. The PPP had then agreed to give more space to the MQM-P in Karachi’s administrative setup, but despite the passage of months, the MQM-P has claimed that they have not made any major headways.