US to ‘take action’ if terrorists regroup in Afghanistan 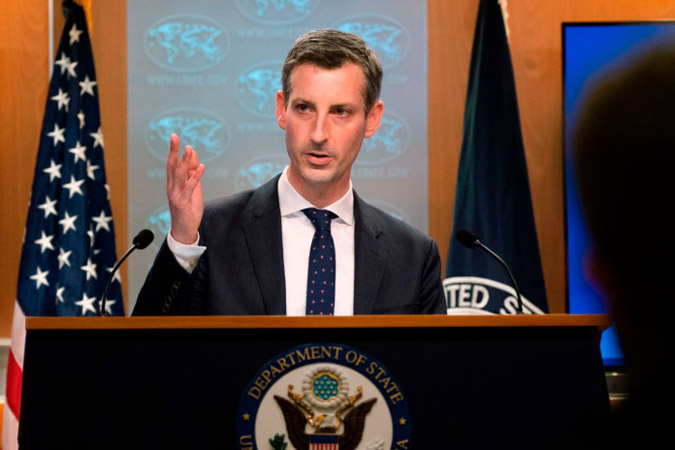 The United States has threatened to ‘take action’ against the Taliban regime if it observed international terrorists regrouping in Afghanistan.

In a press briefing, the State Department spokesperson Ned Price, while responding to a question regarding the Taliban’s inability to fulfil their commitments regarding safe havens for terrorist groups, stated that the militant group was “either unable or unwilling to live up to the commitments that they’ve made in a number of areas”.

“One of those areas is the commitment they have made to counterterrorism, to seeing to it that Afghanistan does not once again become a haven for international terrorists, a launch pad for attacks against countries well beyond its borders,” he stated, adding that this was an interest of the US.

The spokesperson maintained that the US had “capabilities” regarding counterterrorism in the region which did not leave them “entirely beholden to the Taliban”.

He highlighted that the US had “demonstrated those capabilities in recent months with the killing of the now-deceased al-Qaida emir, Ayman al-Zawahiri”. According to Price, the US had made “good on the pledge that you have consistently heard from President Biden since the withdrawal of military forces from Afghanistan last year, that we will take action if we see international terrorists regrouping in Afghanistan”.

“We will take action in a way that protects our interests”, he reiterated.

Price replied that it was “undeniable” that the Taliban continued to seek relations with countries outside of Afghanistan, however, it was “equally undeniable that, despite what any individual actor within the Taliban movement might want, the Taliban needs relations with the rest of the world”.

“This is a country that has been able to subsist for decades now with a hefty dose of international aid, development assistance, and humanitarian assistance. The people of Afghanistan – and Afghanistan itself would not and will not – be in a position to have prosperity, stability without continued international assistance,” he stated.

Price added that while the US was doing its part by providing humanitarian assistance to the people of Afghanistan, the Taliban were aware that to have any stability and prosperity in the country they would need relationships with countries outside of Afghanistan.

“Even if it is [the] motivation that consists of nothing more than self-interest – and it may well be on the part of some actors within the Taliban – they will need those relationships in order to continue if they want to continue in the position they are in,” he said.

Replying to a question about the state of security cooperation between the US and Pakistan which ceased during the Trump era, Price said that Pakistan was “an important partner in a number of respects”.

“We value that bilateral relationship. We welcome opportunities to expand cooperation in areas that are of mutual interest to us and to Pakistan,” he said.