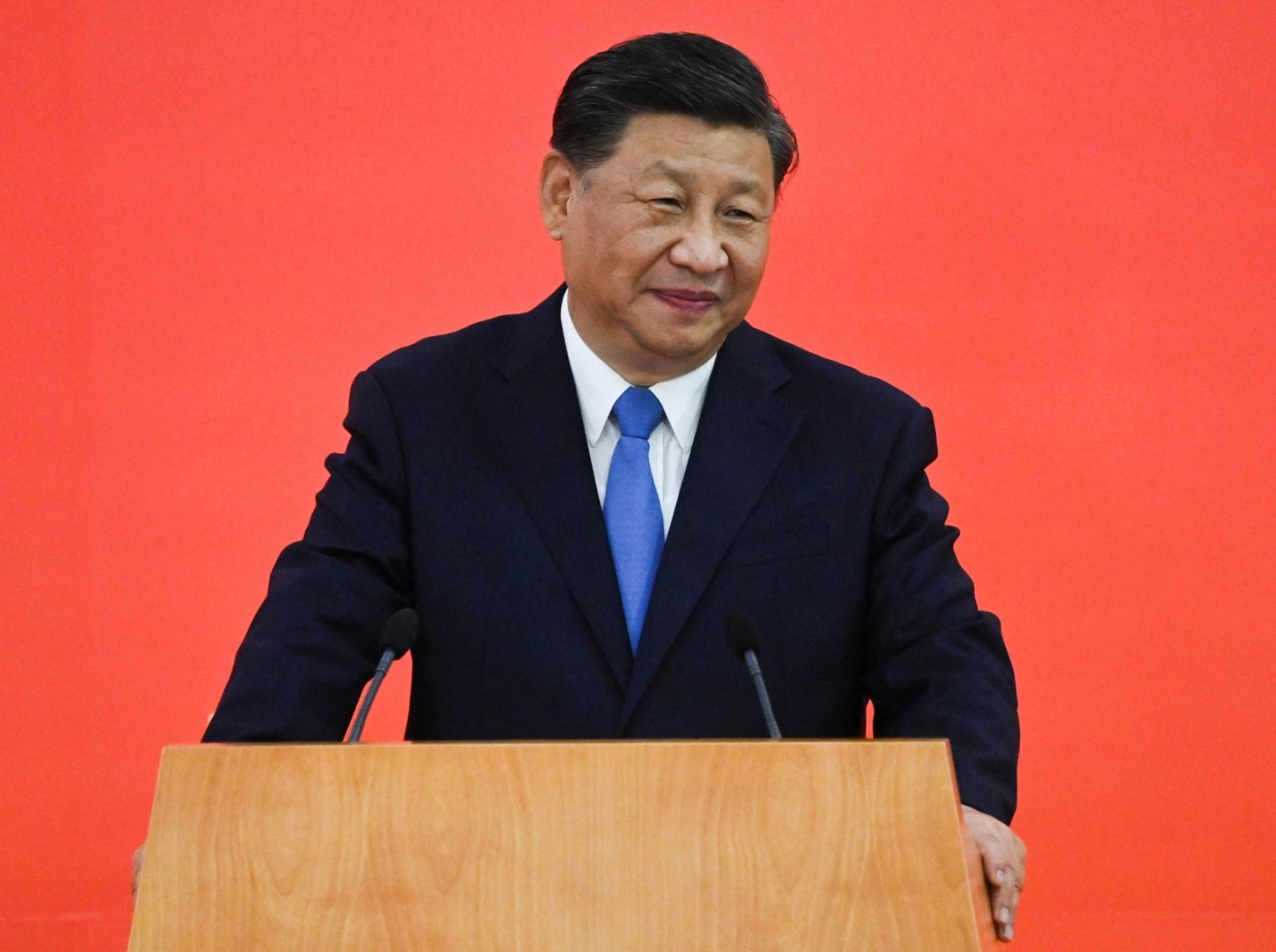 Chinese President Xi Jinping is in Saudi Arabia for a three-day visit that is likely to focus on energy ties as Beijing strives to revive its economy and Riyadh looks to expand its global alliances beyond its partnerships with the West, especially the United States.

Xi touched down on Wednesday in the Saudi capital Riyadh, Chinese and Saudi state media reported. The visit marks only his third trip abroad since the coronavirus pandemic began and his first to Saudi Arabia since 2016.

Both Saudi and Chinese flags were on display in Riyadh. Xi waved from his plane and was welcomed by Riyadh’s Governor Prince Faisal bin Bandar Al Saud, Foreign Minister Prince Faisal bin Farhan Al Saud and the governor of the sovereign Public Investment Fund (PIF), Yasir Al-Rumayyan, according to the official Saudi Press Agency (SPA).

The White House warned on Wednesday that China’s attempts to exert its influence worldwide were “not conducive” to the international order.

“We are mindful of the influence that China is trying to grow around the world. The Middle East is certainly one of those regions where they want to deepen their level of influence,” said John Kirby, the US National Security Council spokesman.

It was “certainly not a surprise that President Xi is traveling around,” Kirby said while adding that the US was focused on its partnership in the region.

Xi is visiting at the invitation of Saudi King Salman “to bolster historic ties and strategic partnership between the two countries”, SPA reported on Tuesday.

Initial agreements worth $29.26bn will be signed during the bilateral summit, SPA said.

Xi will also attend the first China-Arab States Summit and the China-Gulf Cooperation Council Summit in Riyadh, according to the spokesperson of China’s Ministry of Foreign Affairs, Hua Chunying.

Xi’s visit comes as China looks to deepen its relationships with countries in the Middle East amid growing strains in its ties with the US and other Western nations.

In an editorial, China’s Global Times, a state-run tabloid, described the China-Arab States Summit as “a milestone in the history of China-Arab countries relations”. The paper said that after the “severe impact” of the Arab Spring, the region had a “common desire” to avoid political turmoil and achieve stable growth and was “keenly interested in China’s experience”.

China is Saudi Arabia’s largest trading partner and MBS is expected to give Xi a lavish welcome, a marked contrast to the muted reception given to US President Joe Biden in July.

The visit reflects “much deeper relations developed in recent years” between the two countries, said Ali Shihabi, a Saudi Arabian analyst close to the government.

“As the largest importer of Saudi oil, China is a critically important partner and military relations have been developing strongly,” he said, adding that he expected “several agreements to be signed”.

MBS was in Beijing in 2019 when he held talks that focussed on energy deals and regional economic agreements aligned with Beijing’s Belt and Road Initiative, Xi’s globe-spanning infrastructure project.

The trip also coincides with heightened tensions between Saudi Arabia and the US over issues ranging from energy policy to regional security and human rights.

The latest blow to that decades-old partnership came in October when the OPEC+ oil bloc agreed to cut production by two million barrels a day, a move the White House said amounted to “aligning with Russia” on the war in Ukraine.

On Sunday, OPEC+ decided to keep those cuts in place.

Shihabi said the timing was “a coincidence and not directed at the US”.

China sees Saudi Arabia as its key ally in the Middle East due not only to its importance as an oil supplier but also to a shared suspicion of Western countries, especially on issues such as human rights.

Saudi Arabia has remained silent on the situation in China’s far western region of Xinjiang, where the United Nations has said the detention of Uighurs and other mostly Muslim minorities may amount to “crimes against humanity“.

Foreign Minister Wang Yi said in October that Saudi Arabia was a “priority” in China’s overall and regional diplomatic strategy.

The oil market was thrown into turmoil with Russia’s invasion of Ukraine in February.

The Group of Seven (G7) bloc of nations and the European Union on Friday agreed on a $60-per-barrel price cap on Russian oil in an attempt to deny the Kremlin revenues to keep up the war, stoking further uncertainty.

“Oil will probably be higher up the agenda than it was when Biden visited,” said Torbjorn Soltvedt of the risk intelligence firm Verisk Maplecroft.

“These are the two most important players in the oil market – Saudi on the supply side and then China on the demand side.”

Beyond energy, analysts have said leaders from the two countries are expected to discuss potential deals that could see Chinese firms become more deeply involved in megaprojects that are central to the crown prince’s vision of diversifying Saudi Arabia’s economy away from oil.

Those projects include a futuristic $500bn megacity known as NEOM, a so-called “cognitive” city that will depend heavily on facial recognition and surveillance technology.