PTI SEEKS NEW GOVTS IN KP, PUNJAB BEFORE RAMAZAN: No stepping back 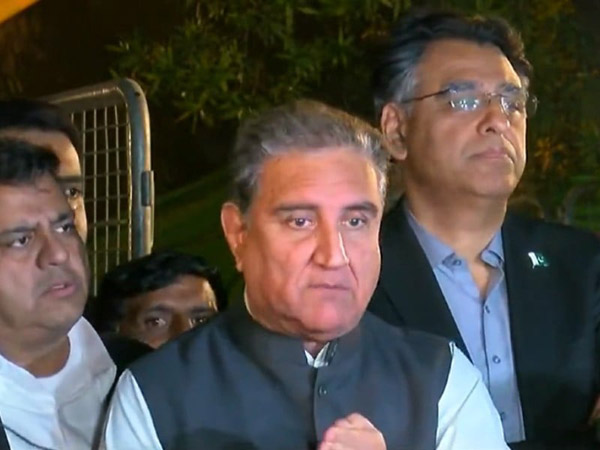 Qureshi said that Imran had been holding back-to-back meetings with PTI lawmakers in Punjab. “After talking to them, he is convinced that the only way forward is dissolving assemblies and moving towards fresh elections,” he stated. “The party believes that even if the PDM (Pakistan Democratic Movement) keeps its own interests above the state’s interest […] and does not hold elections […] it is their wish. We want that before Ramazan, the election process should be completed and governments should be formed,” Qureshi said, adding that Imran was clear on his stance that there should be no delay in the dissolution of assemblies.

The former foreign minister said PTI does not want anarchy in the state and wishes to ‘end the differences’ that have taken place in the last eight months.

Qureshi said that the path towards negotiations between PTI and the government could not be paved. “Dr Arif Alvi tried to mediate [for negotiation] between the government and PTI. Only after a dialogue, Imran announced the dissolution of assemblies,” he added.

Talking about the mistrust between PTI and institutions, he said the party wanted to move forward in a democratic manner. “If there is a rift between PTI and institutions, we should take confidence-building measures so it can be eliminated,” he added. The PTI leader said that the differences between Finance Minister Ishaq Dar and former finance minister Miftah Ismail were seen by everyone, adding that their opinions about the economy are well-known. He said that the PTI leadership, including Khan, believe that the incumbent government has lost the trust of the business community as well as the agriculturists. “The growth figures are dropping – whether it be industrial production, private sector investment, or any other indicator – which shows that the economy is deteriorating,” he said. In the meeting, the PTI also appreciated the Supreme Court’s decision to take suo motu notice of senior journalist Arshad Sharif’s murder, PTI’s vice chairman said, adding that a fact-finding report has also been presented before the five-member SC bench. “The point of view of Sharif’s mother is also in front of you. We believe that justice should be served,” he stated.

PTI Senior Vice President Fawad Chaudhry said the Election Commission of Pakistan (ECP) and Chief Election Commissioner (CEC) Sikandar Sultan Raja wanted to disqualify Khan. “But the people will not accept the decisions taken behind closed doors. [The government] should accept the people’s decision and move forward. There can be no stability without new elections.” Taking over the presser, PTI Secretary-General Asad Umar said inflation has skyrocketed in the last eight months – since the PTI government’s ouster in April. He said that all financial experts believe that the “economy has been devastated” and the government has no plan on how to revive it.