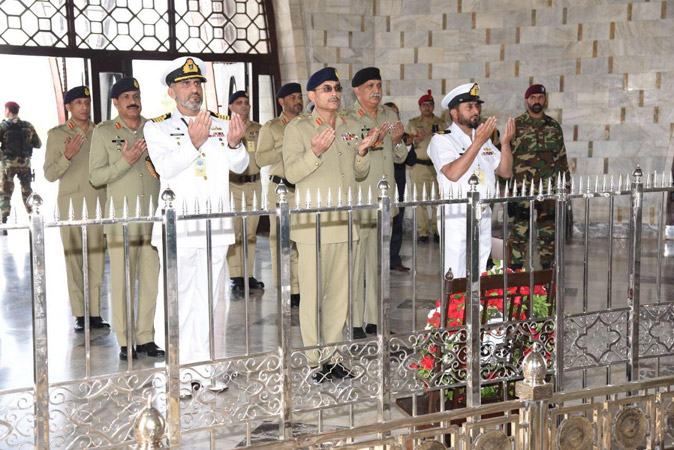 Chief of Army Staff (COAS) General Syed Asim Munir on Wednesday appreciated the role played by the military, paramilitary Rangers, and other law enforcing bodies in helping maintain peace in Sindh and in helping with flood rescue efforts. He said this during his maiden visit to Karachi after taking charge as the head of the country’s powerful military. In a statement released by the military’s media wing, the Inter Services Public Relations (ISPR), COAS Gen Munir first visited the mausoleum of Quaid- e-Azam Muhammad Ali Jinnah. He paid homage to the nation’s founder, laid a floral wreath at his grave and offered Fateha.

Later, the COAS visited the Karachi Corps Headquarters, where he was briefed on operational, security and other matters overseen by the southern command. Briefing on the assistance provided to the civil administration during recent floods in rural and urban Sindh was also provided. The COAS appreciated the Army and Rangers for their operational preparedness and for reaching out to the people of Sindh during the recent floods. Gen Munir also praised the troops, allied organisations and law enforcement agencies for maintaining a safe and secure environment in the province, particularly in the megalopolis of Karachi. Earlier on his arrival in Karachi, the army chief was received by Karachi Corps Commander Lieutenant General Muhammad Saeed.