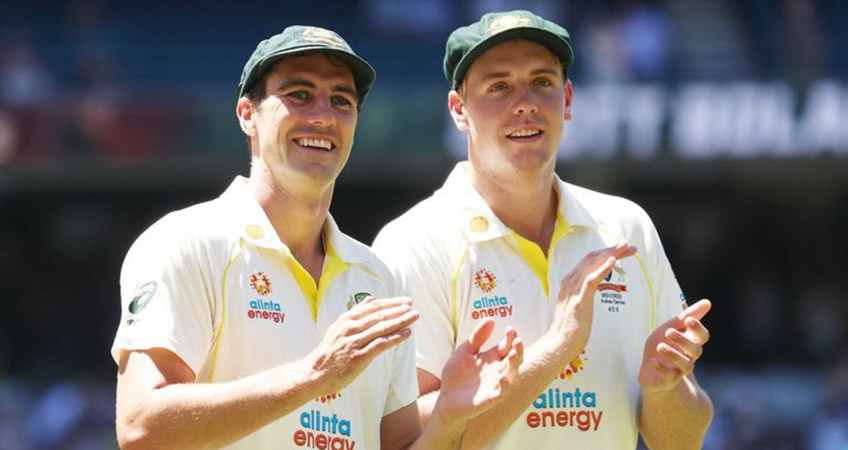 ADELAIDE: The Frank Worrell trophy remains in Australia’s hands, as it has since 1995, and there was hardly any doubt it would be that way although they were made to work for their victory in Perth. It is that fact, the fight West Indies showed, which offers hope that the now traditional day-night Test in Adelaide may not be a walkover for Australia. However, it will only be a contest if West Indies find a way to break through Australia’s batting. Six wickets was the sum total of their efforts at Optus Stadium and a few of those came at times of little consequence. The one glimmer was the spell from Alzarri Joseph to Marnus Labuschagne, but such bursts have to translate into wickets.

Still, the performance of captain Kraigg Brathwaite should be inspiring — his second-innings century was worth a debate about being his best in Test cricket — and the debut of Tagenarine Chanderpaul was highly encouraging. If others can follow their lead then there is the basis of being competitive, although the day-night element of this game throws up new challenges. One byproduct of the fight shown by West Indies in the opening Test is that already eyes are being drawn towards the workload of Australia’s quicks. Pat Cummins has been ruled out with the quad strain he picked up, which means, for the second year running, he misses the Adelaide Test with Steven Smith taking on the captaincy. Mitchell Starc and Josh Hazlewood also racked up the overs. For that duo, it’s not so much this outing that is the concern, but the fact that Australia’s entire Test summer is crammed into a little more than five weeks.

It would, however, be one of the bigger upsets if West Indies — who themselves have a number of injury concerns – were able to level the series. In a way, though, it’s about the strides they can make in a series such as this. “Stay in the fight as long as possible,” assistant coach Roddy Estwick said. Australia should win, and probably will, but West Indies can make it as tough as possible for them.

David Warner will feel he missed out in Perth. After dragging on early on the opening day and then watching Labuschagne and Smith pile up 200s, he got himself a base in the second innings before edging Roston Chase to short leg. Barring injury, his 100th Test will arrive against South Africa at the MCG and his future in the format remains very much in his hands, but an average of 22.78 in 2022 is lean. On a ground where he averages 76.86, albeit not all of that against the pink ball, he will hope for a substantial return.

Even if Alzarri Joseph had not overstepped against Labuschagne it would not have been enough to change the game, but his spell on the fourth day did raise the question of what could have been, or what could be. He was said to be under the weather during an underwhelming first-innings display and that it would be unfair to judge him on that, so instead remember the pace and fire of his later spell. His career-best remains 3 for 33 but the belief in the team is that a breakthrough haul is close.

Scott Boland returns in place of the injured Cummins as the one change in the Australia XI. West Indies will wait until the morning of the game to give their injured players as much time as possible. Kemar Roach (hamstring) and Jayden Seales (knee) are both concerns, which means Marquino Mindley could debut 48 hours after arriving from Jamaica. Kyle Mayers won’t be able to bowl.