* In a conversation with BBC Urdu, the 'Manto' star shared her disappointment over the regressive phase Pakistani TV is going through 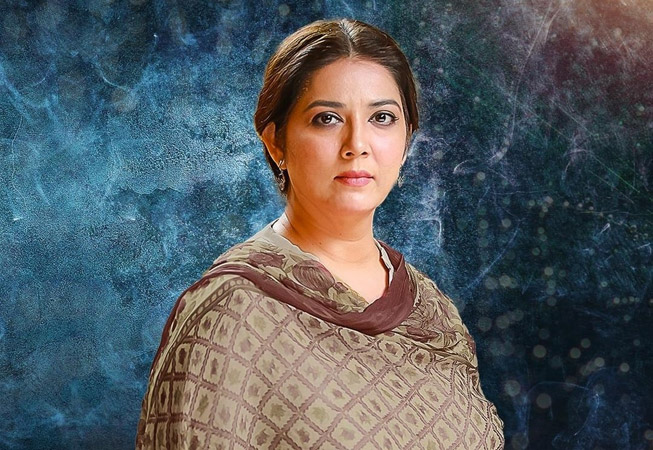 Actor and host Savera Nadeem is known for adding her fine touch to whatever role is offered to her in the industry.

She does, however, feel that dearth of new ideas has left a vacuum that no one is willing to fill.

In a conversation with BBC Urdu, the Manto star shared her disappointment over the regressive phase Pakistani TV is going through. She felt that themes and ideas on Pakistani television are not evolving with the newer generation and their issues.

“The plays have changed over time, technology has evolved and generations have changed. Each generation comes with a new mindset. They have their own expectations regarding entertainment. If we keep on doing what we have been doing then they wouldn’t be able to appreciate it because it’s not relatable for them,” exclaimed Nadeem.

“Back in the day, there was a wide variety of ideas and even the smallest cultural detail was given importance. TV dramas used to discuss big issues too,” she said. “There was no dearth of ideas in those days. But now it seems like everyone wants to follow the same path we created, and not initiate anything new, perhaps they don’t want to change.”

Moving on to her recent roles on screen, Nadeem confessed that while she does not mind playing a mother, she also wishes to see layers in the characters offered to her.

“There is nothing wrong with playing the role of a mother. Obviously, I’m not asking for the character of a college girl now, but it should not feel like it’s just a mother’s story; it should be the story of a woman and a
human being who also happens to be a mother,” she said,
hoping that directors and writers start seeing women as more than just mere titles.

“An actor should be ready to play any age. If a character settles in the minds of viewers, they want to see you that way. These barriers should be removed. Typecasting is not the way to go,” she said.

Nadeem is currently playing Rukhsana in the drama serial Wehem. Written by Imran Nazeer, the Adnan Y Qureshi directorial follows the story of a woman
who lives an independent but isolated life. She appears to be a caring and compassionate person to the people around her, but the reality is different.

Upon how she feels about her most recent script, the Dhoop Ki Dewar actor said, “there is no doubt that the story revolves around my character. Such dramas are my favourite. I like suspense, I read such books and I’m fond of watching such TV dramas too. Wehem exceeded my expectations.”

She was also impressed by how strong and independent her character was. “I like such original and unique traits in a character, so I thought yes, I can do such a role.” According to Nadeem, Wehem was also different because it
had a complete script in place, unlike other dramas that rely on public response to take the narrative forward.

Wehem stars Zaviyar Nauman Ejaz, Kinza Hashmi, Shamim Hilaly, Tara Mahmood and Babar Ali. “When I saw the names of Babar Ali and Kinza in the cast, I told them that the cast shouldn’t change now,” she said.

Nadeem went on to detail her experience of working with Ejaz, whose father has been her colleague for decades.

“I have known Zaviyar since he was a child. He is an exact copy of his father. While working with him, his childhood face would often pop into my head.

It was very strange, but also fun,” she quipped.

Nadeem shared that a major chunk of Wehem’s shooting was taking place in an old house near Guru Mandir in Karachi. “People would tell us that there’s something fishy about this house.

No one ever lived on the top floor and then there were windows that were shut permanently with nails. Their gates were also hundred years old,” she recalled.

“We were shooting in the yard one day and all of a sudden, a lot of water came from above. No one understood where the water came from. Everyone became uneasy. We all had our own
explanation but deep down we also realised there is something definitely fishy.”