* The 'Dahdi Kuree' singer, who once was a viral sensation mainly for her powerful vocals, recently sat down for an interview to discuss the negative influence and questionable trends 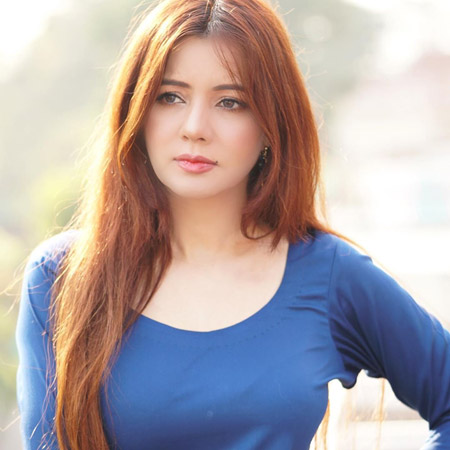 Former singer Rabi Pirzada has shared her take on trending dance reels of young female influencers on social media. Recently, a dance video went viral and made TikToker Ayesha an instant hit not only in Pakistan but also in India. While Ayesha enjoys the fact that her groovy dance is being copied by legendary actresses like Katrina Kaif and Madhuri Dixit, Pirzada is in a dilemma about whether Pakistani media should promote such content or not.

The Dahdi Kuree singer, who once was a viral sensation mainly for her powerful vocals, recently sat down for an interview to discuss the negative
influence and questionable trends on social media platforms in Pakistan.

In an interview with Waseem Badami, the Chori Chori singer opined on people going viral via dance videos. Pirzada suggested that our society is stooping low day by day as we idolise men who imitate women and women who dance to become famous.

For the unversed, Pirzada herself was caught in a scandal that led her to change her path and embrace the religious way of life.

On the work front, Pizada has two films Pyar Ki FIR, and Court Marriage in the pipeline.

Earlier this year she appeared on Mohsin Bhatti’s show G Kay Sang where she revealed her superpower.

The religious figure who used to be a pop singer said she has a special connection with wild animals and told the host to call her if he ever saw a wild animal.

Pirzada told the story of how she wanted to threaten India’s Prime Minister Modi with a picture of herself with her pet snakes at the GNN studio in 2019. The former singer wanted to bring her pet lion with her, but she casually said that her lion would have eaten the production crew.

The self-proclaimed “Snake Queen” says that she has a “gift” that lets her calm down any wild animal, whether it’s a snake, crocodile, lion, or wolf.

She said, “If God has given me this power, I should use it for good.”

She was known for keeping snakes and a lion at her house, but the Punjab Wildlife Protection and Parks Department had filed a case against her, which she says has now been dropped.

In 2019, Rabi even dedicated a song to her favourite creatures. The song, which has a soft tune, shows Pirzada sitting on her bed with the snakes and crocodiles. She picks them up at regular intervals and pets them, while the rest of them slither around the bed. The music video then shows Rabi petting and playing with her snakes in different locations such as the garden or in her lounge.