Where did the Royals find Prince George’s nanny?

* Even in its 130th year, Norland's students remain highly sought after 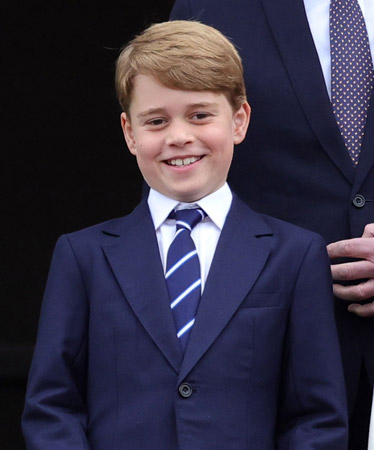 Classes begin at 9:30am sharp. From the foot of the driveway, past the arched gates bearing the school’s name and through the main building’s north-facing windows, one glimpses the neat rows of students settling in for a long day of lectures and practicals, hair scraped back with identical militaristic precision.

With their uniform of tweed blazers, white gloves, beige pinafores and brown bowler hats, the nannies-in-training at Norland College, one of the oldest and most prestigious nanny schools in the world, cut incongruous figures on the modern landscape.

Even in its 130th year, Norland’s students remain highly sought after. “A big career with small people,” the prospectus promises, which seems about right: There are on average seven job offers for each graduating “Norlander.” Most, with only a few years in the field, can expect to fetch six-figure salaries, looking after the offspring of bankers, royals and celebrities, either working independently or joining a carousel of domestic staff – private tutors, housekeepers, chefs – that serve the globe-trotting elite.

Although speculations abound, the exact destination of a newly minted Norlander can never truly be known, since confidentiality is taken very seriously. Mick Jagger and Roger Federer are among the many high-profile figures believed to have employed Norlanders – rumours the college would neither confirm nor deny.

There are, however, occasional exceptions to such professional guardedness: “We were very lucky that the royal family let Prince George’s nanny wear the Norland uniform at a christening in 2015, as we would never have shared information about a client. But with that, they obviously advertised for us,” said Janet Rose, principal of Norland College.

After the uniform was spotted at the royal event, interest in Norland soared. “We’ve been asked to open training colleges in China, in the United States,” Rose, 59, said. “But we’ve always said no.” Being so small – there are just 300 students at any one time – is part of the charm, she said. And, besides, their exclusivity keeps them in high demand.

This might all seem a bit extreme – the British news media have a penchant for calling Norland nannies “Mary Poppins meets James Bond” – but the college insists these skills are necessary. “We’ve had a nanny who successfully used her personal defence training in London when someone tried to take the stroller from her. And it’s not an isolated incident,” said Dee Burn, the school’s head of marketing, during a tour of Norland’s campus at Oldfield Park, in a large Georgian house set on a steep hill.

Founded in London in 1892 by educational pioneer Emily Ward, Norland was the first educational establishment in Britain to offer formal child care training. There were just five students, or “probationers,” as those who have not completed their training are known, in the initial cohort, which at Norland is known as a “set.” Each of those new probationers signed their names in the school’s black book at the end of their first week, a tradition that remains to this day.

The concept of school devoted to training nannies was innovative at the time, and it tapped into a need: “The idea was to up the status of nannying to make it more of a profession than just being a servant. They wanted them to be educated, but not, you know, too educated. Just enough that they would be able to help teach children reading skills and crafts,” said Katherine Holden, author of “Nanny Knows Best: The History of the British Nanny.” “There were other training schools later, but Norland was much the best known.”

Students complete two courses over the four years: a three-year full-time Bachelor of Arts in “Early Years Development and Learning” completed alongside the prestigious Norland Diploma, followed by a year in placement, during which students are known as Newly Qualified Nannies or NQNs. With annual fees of $17,000, it is more expensive than a typical university in Britain, which are usually capped at $11,000 per year.

Their instructors are experts in teaching early childhood education. Rose, for instance, is a former teacher and early childhood practitioner. Vince McLeod, 38, a former kindergarten teacher who joined Norland as a professor this fall, fielded responses one afternoon on what nannies might consider suggesting should their future employers suddenly find themselves in financial distress.

“What would you suggest if they suddenly lost their job?” A couple of hands shot up. McLeod picked a girl in the back. “You’d tell them to get on university credit,” she timidly replied, referring to Britain’s social welfare.

“Good answer!” McLeod said. “After all, most people in this country are only two months’ salary away from homelessness. Just think about that for a moment.” Then came a 10-minute break. Some of the students wandered outside for a bit of fresh air, shrugging on their brown coats. From the classroom’s tall Georgian windows, one would be forgiven for mistaking the scene for a boarding school.

When the lecture resumed, his tone had shifted somewhat. “Now, we spent most of the first half of this lesson talking about money problems. The good news is, most of the families you will go on to work for won’t have this particular problem.”

While the program is surprisingly academic, the core training focuses on the teachings of Friedrich Fröbel, the 19th-century German educator known as the originator of the “kindergarten system,” which emphasizes engaging the “unique child” through play rather than instruction. In line with Fröbelian teaching, Norlanders keep a nanny kit on them, with pens and paper, snacks and toys, to occupy their young charges in case of being caught in a boring, uncomfortable or even potentially dangerous situation.

Like many institutions, Norland has itself heeded the call of modernity: The uniform – originally pale blue, designed to distinguish Norlanders from household staff, switched to brown due to the shortage of certain dyes during World War I – now has a gender neutral alternative and since 2017 young men can also apply to the program, though they are still in the minority. This year the net was widened even further: While Norland has welcomed students from the EU for many years, it has now opened its doors to international applicants.

“I knew I wanted to work with children ever since I was basically a child myself,” said Sarah, 21, a first-year international student from Utah. She is enthusiastic and polite and, aware that the Norland public relations team is within earshot, chooses her words carefully.

“I thought the only way of doing that was through education. So I went to university in another state to study child care.” She soon realized big classroom settings weren’t for her. “I love working one on one, in small groups, thinking about the full development of the child, and not just educational attainment. I wanted to see how children developed emotionally and socially, but I wasn’t really getting that from my teachers in college.” After graduation, while researching nanny jobs, Sarah found Norland. “It was everything I needed.”

But not all Norlanders stick to nannying: Some become kindergarten teachers, start their own businesses or do something else altogether. Hanging up her uniform both literally and figuratively was Ella Trigwell, 25, from Bath, who graduated from Norland in 2019. When plans to nanny for a family in London fell through during the pandemic, she founded her own business, Marvellous Babysitting – an app that permits users to hire Norland nannies for flexible hours at a fixed hourly rate, created for those who can’t commit to a full-time nanny but occasionally need child care on evenings or weekends. The app operates exclusively in Bath and London for the time being, but Trigwell said her team is looking to expand.

“The app has been incredibly busy,” Trigwell said. “I initially thought I would be able to take on more nannying jobs than I have, but I haven’t had the time.” She knows that returning to the profession full time is always an option. “That’s the great thing about being a Norlander is that you always have access to the Norland agency, so you always have access to work as and when, so if you do take a break, you can get back into it very easily.”

Strong connections are important for a Norlander to foster, be it with the agency or the prospective family – something the school oversees with great care. “It’s very much about finding the right match,” Burn said. “The family will usually talk about the interests of their children, their ages, the special plans they might have, and we try to match them with a nanny of the right experience and expertise.”

The nannies not only look after the child but also the child’s family. They often help with errands, such as shopping, laundry or managing the social calendar. Some families might want someone with experience working with disabilities or who can coach their children in music or sports.

Joe, 21, from east London, one of the few male students currently enrolled, said he hoped to use his soccer and tennis skills as a nanny. Being a soccer coach had been his ambition throughout high school and he already had experience teaching children.

“They’ve been really supportive,” he said of his family. “My parents are both teachers, and I had a cousin who had trained at Norland. I shadowed her for a few days when she worked for a lovely family in Wimbledon. I realised then that I loved the job and became really interested in becoming a nanny myself.” He has given talks in local schools, in the hopes of encouraging other young men to consider the profession.