* Aly responded that although she has never been bothered by these comparisons, she does not like to be treated as one with Sajal 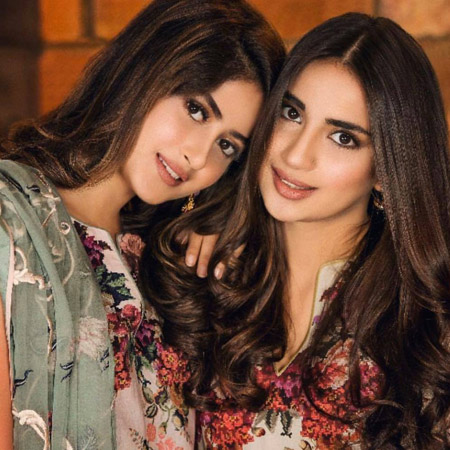 Actor Saboor Aly opened up on the equation with her sister and showbiz star Sajal Aly and revealed how the comparisons with the latter affect her.

In a recent outing with a private media channel, the ‘Amanat’ star was asked about the pros and cons of being a sibling to a much more successful actor and if the constant comparisons between the two negatively impact their relationship. Aly responded that although she has never been bothered by these comparisons, she does not like to be treated as one with Sajal. The actor wants people to respect their individuality.

“It actually never bothered me. I am very proud of Sajal for achieving all that she has,” she replied to the host.

When questioned if the two ever give acting and performance tips to each other, Aly responded, “I think we both have different styles in acting, so we don’t advise each other on projects but I take advice from her in life and love.

“Also help her where I can. Nothing beats blood.”

Moreover, at another point in the conversation, Aly also noted that Sajal is one of her biggest critics and quite tough to impress as an actor. “Being my sister, if I’m doing something wrong, she would be too blunt about it. She’d call me out a lot.” To note, both Sajal and Saboor Aly made their on-screen debut together in ARY Digital’s daily soap ‘Mehmoodabad ki Malkain’ in 2011, before making it big in the industry.

While the younger one won acclaim for her performances in serials like ‘Amanat’, ‘Mujhe Vida Kar’, ‘Gul o Gulzar’, ‘Bhool’, ‘Waada’ and ‘Teri Chah Mein’ among others, Sajal has credits for stellar performances in ‘Sinf-e-Aahan’, ‘Noor-ul-Ain’, ‘Chup Raho’ and ‘Sannata’ in addition to the Bollywood movie ‘Mom’.