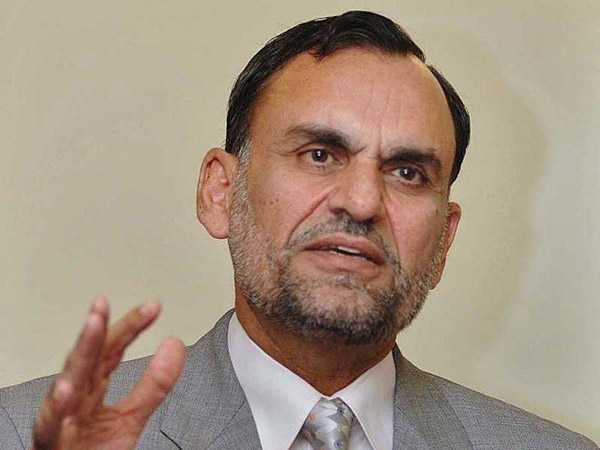 The Balochistan High Court (BHC) Tuesday ordered that no more cases be registered against Pakistan Tehreek-e-Insaf (PTI) Senator Azam Swati, who is facing charges of slander against military officers in his tweets, a private TV channel reported. A two-member BHC bench consisting of Justice Kamran Khan Mulakhail and Justice Aamir Rana passed the order on a petition seeking the termination of cases against Swati. The petition was filed by the PTI leader’s son Osman Swati. Moreover, the court has also sought a written report of the cases filed against the ailing Swati from the police chief. The senior PTI leader was arrested last month, the second time the senator was taken into custody by the Federal Investigation Agency (FIA) in less than two months over controversial tweets about senior military leaders. He was arrested after the FIA booked him in a case registered under Section 20 of the Prevention of Electronic Crime Act 2016 (Peca), which deals with offences against the dignity of a person.

He was also nominated in multiple FIRs registered in Balochistan and Sindh for using “derogatory language” and “provoking the people against the army”. Azam was transferred to Quetta on Friday after the judicial magistrate of Islamabad handed him over to the Balochistan police and subsequently on Sunday, a judicial magistrate remanded him in police custody for five days. According to the written verdict, Osman’s counsel contended that as many as 25 FIRs – five in Balochistan alone – had been lodged against the senator throughout the country on the basis of the same allegation. The counsel said that Azam was in the custody of the Crime Investigation Agency in connection to an FIR registered in Quetta. He shared his concerns that once a bail was secured, his father could be moved to another location where a similar FIR would be in place.