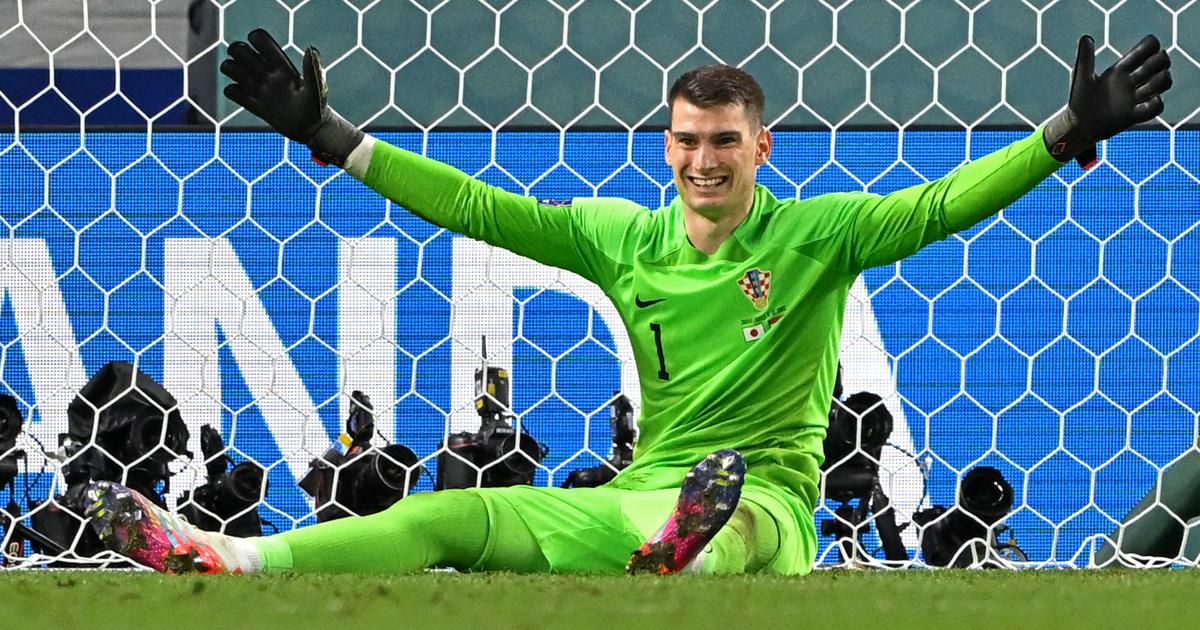 Doha: Goalkeeper Dominik Livakovic was the hero for Croatia, saving three penalties in the shootout as his side beat Japan to reach the World Cup quarter-finals on Monday while Brazil were on course for a thumping win over South Korea.

Japan had already beaten European heavyweights Germany and Spain in Qatar and they looked on track to take down 2018 runners-up Croatia when Daizen Maeda put them ahead just before half-time.

But Ivan Perisic brought Croatia level in the 55th minute with an impressive header from Dejan Lovren’s cross and a hard-fought match became the first of this World Cup to go into extra-time.

When neither side could break the deadlock, the tie also produced the first penalty shootout of Qatar 2022. It continued a remarkable pattern — seven of Croatia’s past eight knockout games at major tournaments have gone to extra time, the only exception being their defeat in the final by France in Russia four years ago.

In nail-biting tension, Livakovic saved the first two spot-kicks before stopping Maya Yoshida’s effort, then Mario Pasalic struck the winning penalty to send Croatia through. Livakovic, the hero of the hour, said: “I don’t think they were difficult penalties to save, they weren’t perfect penalties, and thank God for that.”

Croatia captain Luka Modric said: “It seems that we can’t do it without a drama. “We are more than happy to reach the quarter-finals. It was a very difficult game against a very tough team.” Japan forward Ritsu Doan gave a frank assessment of his country’s performance: “No matter how well we fought today, we didn’t change history.”

In Monday’s later match, Neymar returned to Brazil’s line-up after missing the last two matches and his influence was immediate as his side hit top gear against the helpless South Koreans to take a 4-0 lead by half-time.

An early goal from Vinicius Junior set them on their way, before Neymar slotted in a 13th-minute penalty to move within one goal of Pele’s all-time Brazil scoring record. Richarlison added a magnificent third just before the half-hour mark at Stadium 974 and Lucas Paqueta volleyed home another after an incisive counter-attack.

Neymar injured his ankle in Brazil’s opening 2-0 win against Serbia and had to sit out the 1-0 win against Switzerland that secured qualification for the knockout stage and then the 1-0 defeat to Cameroon when coach Tite made nine changes to the starting line-up.

Brazil are bidding for a record-extending sixth world title but first in 20 years. Half of the quarter-final line-up is already known, with Argentina facing the Netherlands and England taking on holders France. Spain will be looking to book their place in the last eight when they face a dangerous Morocco on Tuesday.