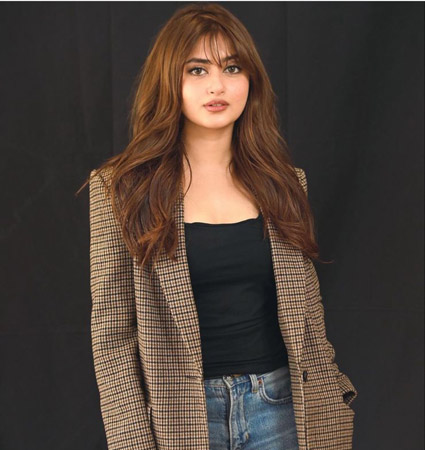 Sajal Aly is one of the most well-known actresses currently working in show business.

She possesses all the necessary characteristics to be considered a starlet, and she is now making an effect on social media.

Like many other famous people, Sajal Aly loves to share sneak peeks with her fans on social media. As a result, the “Yaqeen Ka Safar” star consistently receives positive comments from her followers.

She posted a series of astounding photos on Instagram to keep her followers spellbound and unlike other famous people, she wrote the caption, “#whatslovegottodowithit”.

Sajal is seen in the pictures wearing a beautiful coat over a blackish top. The best feature of snaps is the way she smiles briefly, which stunned her supporters.

She received plenty of applauds from people on her photos. One of the fans wrote “Awesome” in the comment section, and another internet user chose to praise the diva by dropping a set of fire-emoticons.

Given her exceptional acting abilities and elegant social media posts, fans have responded admirably, and she has amassed over 9.3m followers, which means she is one step closer to joining the exclusive club of 10m Instagram users.