* One noteworthy aspect of the post is how Allan Watts, a well-known English author, was cited as a handy quote to elevate the post 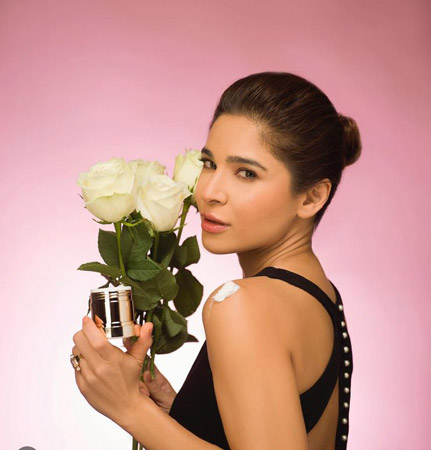 One of the most well-known figures in the entertainment industry, Ayesha Omar never ceases to astound her fans with her range of talents.

The actress, who is well renowned for her sense of style and never hesitates to wear an outfit of her choice, came to Instagram to share a new batch of photos with her followers. Her sheer excitement can be seen in the pictures.

One noteworthy aspect of the post is how Allan Watts, a well-known English author, was cited as a handy quote to elevate the post.

She wrote the caption, “”The meaning of life is just to be alive. It is so plain and so obvious and so simple. And yet, everybody rushes around in a great panic, as if it were necessary to achieve something beyond themselves.” Talking about her photos, in which she is merely seen relaxing, while the reflection of sun on her face, making the stills more catchy. One of the things which Ayesha Omar urges her fans is that to enjoy every moment of life, instead of getting in a state of panic.

The diva has an old tradition of leaving her fans awestruck, whether it be her acting or social media content, while her fans immediately gave their feedback in the comments section. In the comments box, one of the users dropped, “Stunning as always”, another of the netizens used a set of fire emoticons.

Her popularity could be estimated through her fans following on the social media as within very short period of time, the “Bulbulay” star has grossed over 5.5m followers – her fan club continues to extend.