* Published by a local publishing platform ZUKA Books, with the cover designed by illustrator Maryam Akram, the book has been received with much excitement 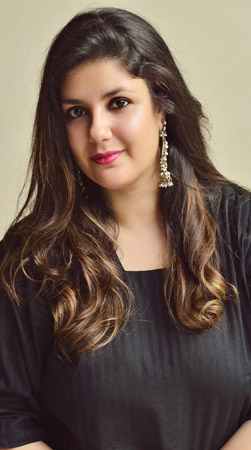 This month, art and culture journalist, Sonya Rehman, launched her first children’s book, ‘Wolfie,’ at Tagh’eer, a creative space for musicians, artists and authors in Lahore.

Suitable for ages nine and above, Wolfie follows the story of a scared little dog who escapes a cruel dog farm in a bid to come back to rescue his furry friends. The book, which the author wrote during the start of the COVID19 lockdown, highlights subjects such as animal empathy and self-belief.

Published by a local publishing platform, ZUKA Books, with the cover designed by illustrator, Maryam Akram, the book has been received with much excitement ever since its official release, last week.

“I’m so happy Wolfie’s out in the world,” stated Rehman, “I loved writing this story, especially because it’s based on one of my four rescue dogs. I hope through Wolfie I’m able to make a change – no matter how small – in animal welfare in Pakistan. My focus is the young generation, hence a children’s book. I’m confident that a change will come because children today are far more sensitised towards animal empathy than the previous generations.”

Speaking with Husain, she stated; “ZUKA Book was established as a platform to create a cultural disruption. For me, every book has to have a social and cultural impact. It has to shake the status quo and it has to resonate with the people by establishing a connection with them. When Sonya approached with the idea of a little dog who shows what animals suffer here in Pakistan and how – like all living creatures that deserve love and the right to exist on earth alongside humans – how could I say no? I am confident Wolfie and the characters will connect with children and usher in a new era of children’s literature.” 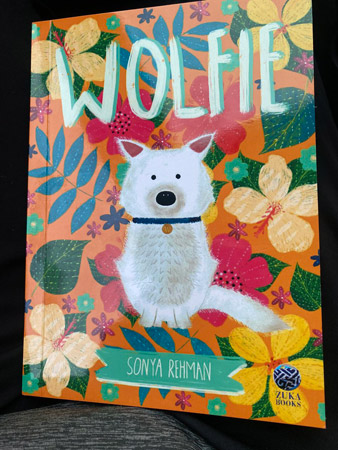 While speaking with Nashmia Haroon, a multidisciplinary visual artist and the founder of Tagh’eer, she stated that ever since she launched her space, Tagh’eer has been hosting a number of cultural activities in Lahore to facilitate those without a platform to showcase their work.

“I have been familiar with both Mehr and Sonya’s work since years and admire them greatly,” she stated. “A children’s book launch was an exciting project to launch because we’ve been hosting all kinds of meaningful workshops for children in Lahore, particularly centred on experience and self-expression. So a children’s book where children can meet the author and understand the writing process was a very appealing idea I’m so glad we were the first to launch ‘Wolfie’ in Pakistan.”