Pakistan to get crude oil, petrol, diesel from Russia on discounted price

* Pakistan needs 8% addition in energy efficiency, if it wants to improve G GDP at the rate of %6 annually 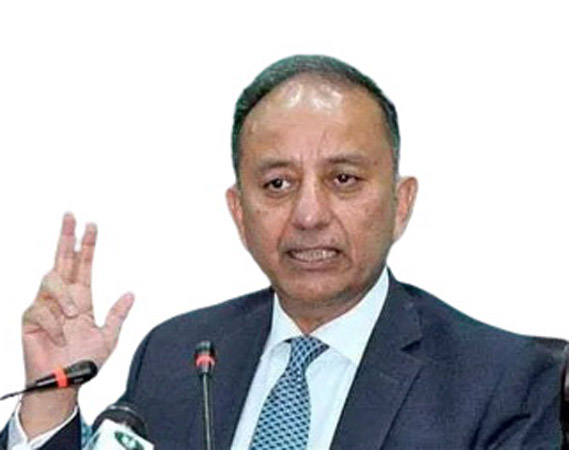 Minister of State for Petroleum Dr Musadik Malik on Monday termed his recent visit to Russia ‘very successful’ as the host country, in principle, had decided to provide crude oil, refined petrol and diesel to Pakistan at a discounted rate.

During the visit, he said fruitful discussions were also held on gas pipeline projects including establishing of Pakistan Stream Gas Pipeline, commonly known North-South (Lahore-Karachi) Gas Pipeline, and another a ‘big gas pipeline’ to get the commodity from Russian hydrocarbon deposits.

Musadik Malik said an inter-governmental delegation of Russia, led by its Energy Minister, would visit Pakistan by January-mid [next month] to make progress on oil and gas sale-purchase agreements between the two countries.

Commenting on the current gas supply situation in the country, the minister said the local gas production was witnessing around 8-10 per cent decline annually and despite all these odds, the government had arranged extra gas for months of November, December and January as compared to the same months of the last year.

He said an effective monitoring system of gas supply to domestic consumers was in place, under which the Petroleum Division kept a vigil eye on the demand and supply of the commodity.

Musadik Malik said the gas companies had been directed to ensure gas supply, especially during ‘breakfast, lunch and dinner’ preparation timings i.e. 6-9 a.m., 12-2 p.m. and 6-9 p.m. “The incumbent government is providing extra gas as compared to the last year, and monitoring the supply situation regularly,” he added.

However, he said there was a problem of poor infrastructure which created a gas pressure issue for the remote areas, which was being rectified on priority basis. To bridge the demand and supply gap, the minister said the gas companies were providing more than 20,000 tons Liquefied Petroleum Gas (LPG) per month in the areas where gas-pressure issue and shortage prevailed.

He disclosed that Iran had announced to give Pakistan LPG worth two million pounds as ‘assistance,’ for which all formalities have been completed. He said the additional LPG would help ensure better gas supply to domestic consumers in December.

The minister was of the view that the government believed in providing sufficient energy to the industrial sector as it would help move the economic wheel at a fast pace, thus generating employment opportunities for youth and increasing the country’s exports.

Accordingly, he said the government was utilizing all available options and contacting different countries including Central Asian States to meet its energy requirements. He highlighted the importance of exploiting the country’s indigenous oil and gas potential, saying that two new policies related to tight gas and revival of old hydrocarbon wells, were being worked out. Musadik Malik said the country needed 8-10 per cent addition in energy efficiency, if it wanted to improve Gross Domestic Product (GDP) at the rate of 5-6 per cent annually.