Pervaiz Elahi echoes son Moonis’ remarks: It was He 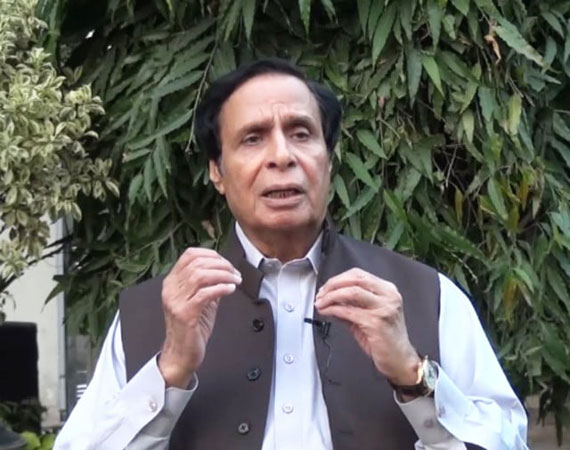 Pervaiz Elahi’s statement comes after his son and PML-Q leader Moonis Elahi said that General (retd) Bajwa had advised them to back PTI.

He maintained that both PTI and Pakistan Democratic Movement (PDM) had made offers to them, however, Gen (retd) Bajwa asked them to support the Imran Khan-led party.

In an interview with a private TV channel, Pervaiz Elahi, endorsing Moonis’ claim, said: “God changed our path at the last moment when they were heading towards PML-N and sent Gen (retd) Bajwa to show us the way.”

He maintained that Gen (retd) Bajwa advised them that the path towards the Imran Khan-led party is better for them.

Responding to a question, Pervaiz Elahi said that he received offers from both camps – PTI and PDM – but in line with the advice of the former army chief, his party preferred to choose Khan. “I knew that they [Sharif] would not let me to continue [as chief minister] as they have betrayed me in the past,” he remarked. The chief minister maintained that his son Moonis had also suggested to side with the PTI. Earlier, Moonis Elahi had claimed during a private news channel’s programme on Thursday night that Gen Bajwa advised his party to support the PTI in a weeks-long tussle that ended with Imran’s ouster as the prime minister through a no-confidence vote in April. “At present, a certain section on social media has been bashing Bajwa sahib without any reason. He is the same Bajwa sahib who had bent the direction of the river’s flow for the PTI,” Moonis had said, adding that he had had a disagreement on this with the PTI and anyone else speaking against the retired army chief. He went on to say that a man “went all out for you (PTI)”, but now that he had retired, “he has become bad”.

“Had he been bad, he wouldn’t have asked us to back Imran.” Moonis’ claim had come as PTI leaders intensified their criticism of Gen Bajwa following his retirement. On Saturday, Imran said that he had committed a “big mistake” by granting Gen Bajwa an extension and also accused the former army chief of engaging in “double games”, double speak, mixed messages and more, alleging that Gen Bajwa denied everything when asked about the establishment’s contact with the then-opposition.

Answering a question about Moonis’s claim, Imran had explained: “Moonis was asked to support Imran Khan, while the other one [Chaudhry Shujaat Hussain] had been asked to go to PML-N. Gen Bajwa was playing a double game and I could later identify that even PTI’s different men were being given different messages.”