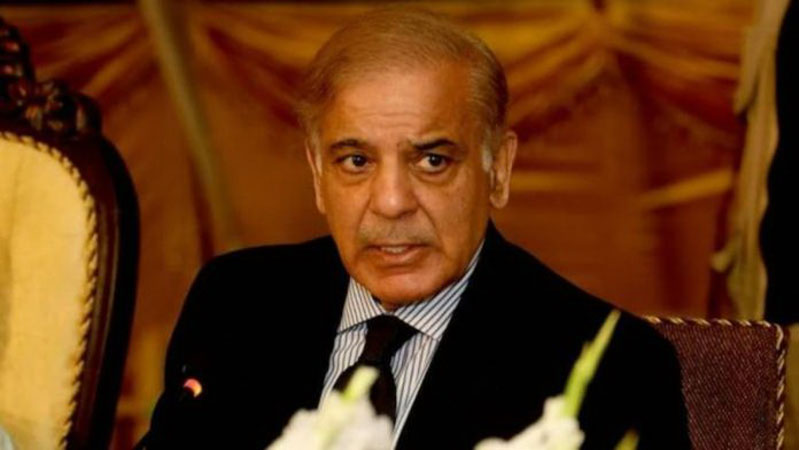 Prime Minister Shehbaz Sharif Sunday castigated Pakistan Tehreek-e-Insaf (PTI) Chairman Imran Khan for aiming to seek power even if it means undermining the country’s foundations. The PTI and coalition government are at loggerheads as the Former presses on holding early elections. However, the ruling alliance has ruled out snap polls and vowed to not come under Imran Khan’s pressure. “Imran’s recent diatribe against parliamentary democracy is the latest in a series of attacks that fly in the face of how democracy functions in modern nation-states,” the premier said in a tweet. As the PTI chief speaks against state institutions and hurls abuses against the ruling alliance leaders, Shehbaz Sharif believes that his politics’ sole aim was coming back into power through any means necessary. “His (Imran Khan’s) politics is aimed at making his way to power even if it means undermining foundations this country stands on,” the prime minister expressed.

The PM’s statement comes after the PTI chief shared his willingness to halt the dissolution of the Punjab and Khyber Pakhtunkhwa assemblies if the coalition government agrees to conduct elections by the end of March next year – another announcement to pressurise the coalition alliance. In an interview with a private news channel, Imran Khan said: “If they are ready for elections by the end of March, then we won’t dissolve the assemblies. Otherwise, we want to conduct polls by dissolving the KP and Punjab assemblies.” He added that his party won’t agree on a date after March and assemblies will be dissolved this month [December] if the government disagrees.

“How long will they take to decide? They either have to say yes or no. We have already decided,” the former premier said underlining his conditional stance on talks with the government on the election date. “If they [government] want, we can talk to them about what date the elections can be held. There is no way elections can take place after the budget,” he said, adding that the government will take the country down this way.