‘The Legend of Maula Jatt’ likely to release in India 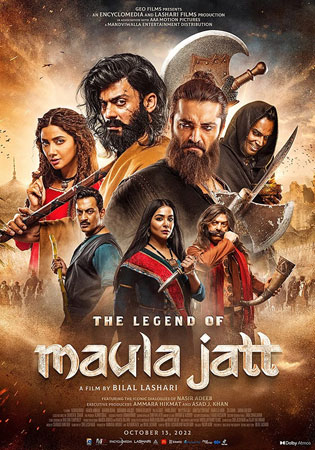 Rumours had it, that Bilal Lashari’s the Legend of Maula Jatt might release in India as
well after gaining a massive appreciation
from countries worldwide.

According to the sources, the film will be releasing in India on December 23 but yet there is no official announcement made by the authorities.

Since 2019, there has been a cultural exchange ban between both India and Pakistan. But still some of India’s Punjabi films managed to release in Pakistan.

With the release of Pakistan’s highest grosser film in India, there are chances to reciprocate the ban while it can also lead to ease on restrictions of releasing their movies in each other’s country.

Bilal Lashari’s directorial film set high records in not only the domestic cinemas but also in America Europe and Gulf markets. Previously, Jawani Phir Nahi Aani 2 was the highest grossing film of Pakistan that earned PKR 73 crore globally. But The Legend of Maula Jatt has tripled up those numbers, reports PinkVilla.