Pantone’s colour of the year 2023 is Viva Magenta

* In its statement, it added, 'Tapping into the experimental spirit of Viva Magenta, Pantone explores the dynamic between artificial intelligence and human creativity' 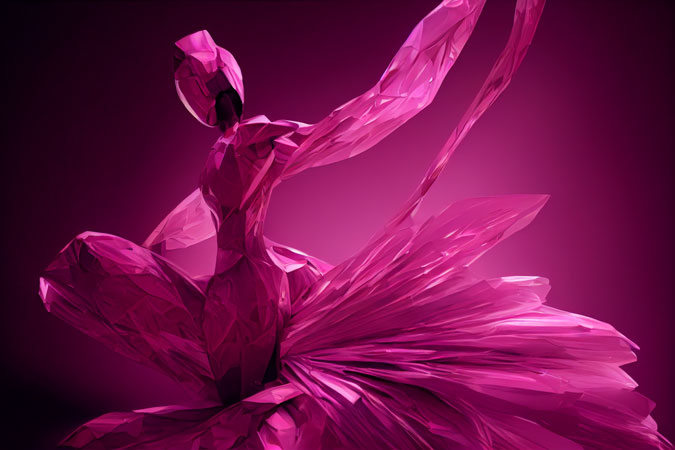 An annual tradition, Pantone has declared ‘Viva Magenta’ to be its colour of the year 2023 which, it states, is “vibrating with vim and vigour”.

The Pantone Colour Institute, which began in the 1950s as a commercial printing company producing colour charts for cosmetic, fashion and medical industries, added that it is a “shade rooted in nature descending from the red family, demonstrating a new signal of strength”.

In its statement, it added: “Tapping into the experimental spirit of Viva Magenta, Pantone explores the dynamic between artificial intelligence and human creativity to create ‘The Magentaverse’.” It also explained that Pantone 18-1750 Viva Magenta “writes a new narrative” and “welcomes anyone and everyone with the same rebellious spirit”, which is that of being “brave and fearless”. “…a pulsating colour whose exuberance promotes optimism and joy. Powerful and empowering, it is an animated red that encourages experimentation and self-expression without restraint; an electrifying, boundaryless shade that is manifestly ‘out there’ and is a stand-out statement.” It also called the colour “audacious, witty and inclusive of all”. Additionally, according to Pantone, Viva Magenta – which is a “nuanced crimson red tone that presents a balance between warm and cool” – is a “hybrid colour” that straddles the “physical and virtual, evocative of our multi-dimensional world. Assertive but not aggressive, it is a carmine red that does not boldly dominate but instead takes a ‘fist in a velvet glove’ approach. Exuding dynamism, PANTONE 18-1750 Viva Magenta is a transformative red tone capable of driving design to create a more positive future.”

The Princess of Wales, Kate Middleton, had worn this colour at the welcome ceremony for President Cyril Ramaphosa to the UK a few days ago. She was decked head to toe in ‘viva magenta’ including her head accessory and a matching small velvety purse, along with her Emilia Wickstead coat dress, of course.

Actor Ranveer Singh was also seen wearing the colour a few days ago. Styled by costume designer and stylist Eka Lakhani, his ensemble featured a viva magenta blazer, matching pants and a pair of white sneakers.

At the 2022 LACMA Art+Film Gala presented by Gucci, Jared Leto was photographed in this stunning ensemble designed by Alessandro Michele, who recently stepped down as Gucci’s creative director.

Kate Middleton once again wore the colour on her Boston visit. This time, she was seen rocking a viva magenta blazer that she wore over a pair of matching trousers and stilettos. Earlier this year, actor Nushrratt Bharuccha had slayed in this colour, wearing a co-ord piece from clothing brand House of Fett. What do you think of this colour?