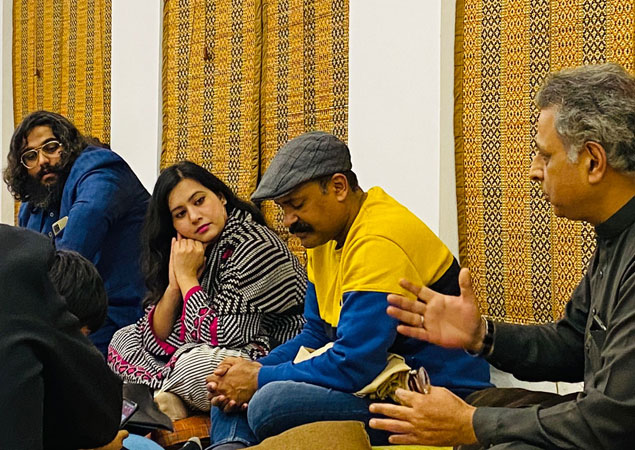 To present the befitting tribute to extra ordinary services and contribution of Ace photographers of Pakistan, Aangun has launched an exclusive series entitled “Celebrating Pakistani Photographers”. Held at Aangun, Model Town Lahore in collaboration with Tasweerghar, Camera for people and The Little Art, the series focused on bringing together a community and sharing works of proclaimed photographers from Pakistan. The first programme of the series was dedicated to celebrated Photo journalist Azhar Jafri. Azhar Jafri, leading photojournalist of Pakistan took many memorable pictures during an eventful career which spanned almost four decades. Some of the pictures took by Azhar Jafri during his professional life became the reference of socio-political history of Pakistan. Jafri joined Musawaat newspaper in 1972 and then went on to work for The Muslim before joining Dawn in 1983.