* On Sunday, Tish took to Instagram Stories and shared a picture hugging actor Dominic Purcell, 52, by the pool at an undisclosed reaction 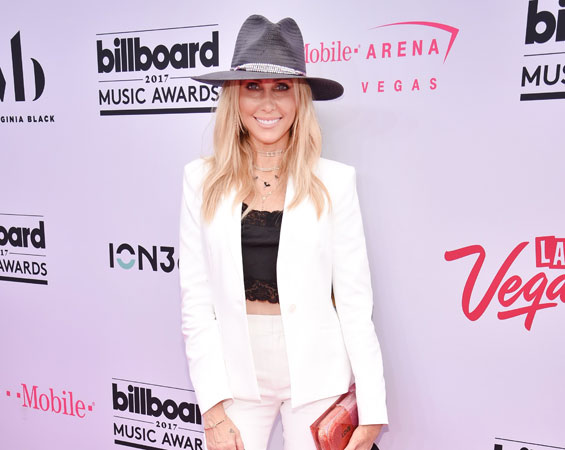 Tish Cyrus is ready for a second chance at love. More than seven months after filing for divorce from Billy Ray Cyrus, the 55-year-old manager appears to have moved on with a new man.

On Nov 27, Tish took to Instagram Stories and shared a picture hugging actor Dominic Purcell, 52, by the pool at an undisclosed reaction.

“Thanks for the cute photo @Vijatm,” she wrote on social media before adding a heart emoji and including the Prison Break star’s Instagram handle.

While details about the romance remain top secret for now, some fans have been speculating for several months that the pair could be more than just friends. Back in August, Tish commented on Dominic’s Instagram post writing “Hi babe.” He responded writing, “Hi love.”

And later that month, Dominic’s daughter Lily-Rose, 19, posted a selfie with Tish during a weekend in Canada. Dominic also shares daughter Audrey, 21, with ex-wife Rebecca Williamson.

Tish’s new romance comes just weeks after her estranged husband announced his engagement to Firerose, 34. In fact, the Australian singer showcased her new piece of bling in a social media post with her fiancé.

“Together, Imagine, Magic, every day,” the couple wrote on Instagram Nov. 20. “That’s what love is.”

After first meeting on the set of Hannah Montana 12 years ago, the pair became friends and stayed in touch over the years.

Their bond grew stronger during the coronavirus pandemic when they started writing songs together.

As for how Miley Cyrus, 30, feels about her parents’ new chapters in the romance department, a source previously told E! News that the divorce put a strain on her relationship with Billy Ray.

“It’s been hard to connect with him in the last year,” the source said. “She hopes they can eventually work on their relationship.”

The insider added that while Miley “doesn’t have a relationship” with Firerose, “she, of course, hopes is happy.”

Along with Miley, Billy Ray and Tish are parents to Braison Cyrus, 28, and Noah Cyrus, 22. Additionally, Tish is mom to Brandi, 35, and Trace, 33, from a previous relationship, while Billy Ray is dad to son, Christopher, 30, from his relationship with Kristin Luckey.