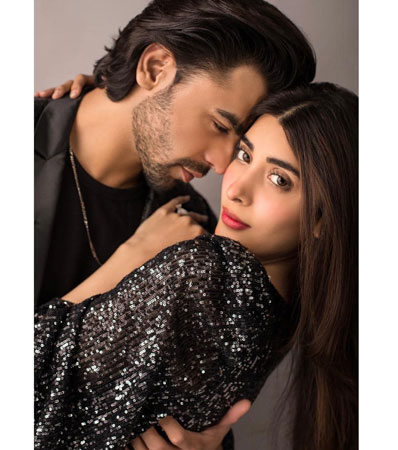 Farhan Saeed left everyone startled when he suddenly kissed his spouse in a hall full of people amid separation rumours.

The video of the moment is making rounds on social media.

The couple have yet not issued a definitive statement regarding their relationship status, but it was recently seen together promoting their movie, Tich Button.

Lately, a video of the showbiz couple started making rounds on social media in which Saeed is kissing Urwa in one of such promotional campaigns.

The special moment between the duo was captured and uploaded by multiple social media platforms.

Their fans are still hopeful that such display of affection publicly is not a gimmick.

They are praying that Farhan and Urwa don’t become the next in the list of showbiz personalities who have parted ways.

A user said, “All the good wishes for them to stay together in a long-lasting bond.”

Another person said that it is only a publicity stunt.