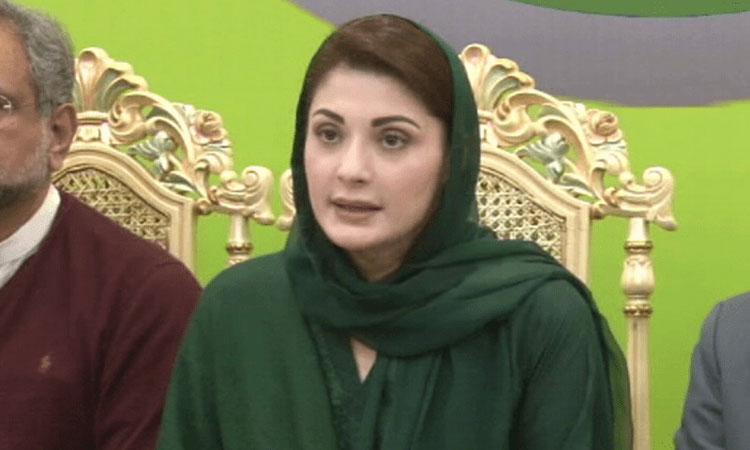 Pakistan Muslim League – Nawaz (PML-N) Vice President Maryam Nawaz on Wednesday castigated Pakistan Tehreek-e- Insaf (PTI) Imran Khan after he quoted Quaid-e-Azam while congratulating the newly appointed Chief of Army Staff (COAS) General Asim Munir, and Chairman of the Joint Chiefs of Staff Committee (CJCSC) General Sahir Shamshad Mirza. In a series of tweets, Maryam penned, “Have you [Imran Khan] forgotten the year 2018 when you conspired against Nawaz Sharif with some officers, stole the public mandate [in Nawaz Sharif], made public officers controversial, and ruined their future?” She added, “Did you forget quoting Quaid-e-Azam back then? “Your politics, like your senses, have been buried.” Quoting Khan in another tweet, she said, “You [Khan] have a selective memory, people don t.” Reminding Imran of his ‘conspiracies’, she added, “Your [Khan] collude with certain elements of estbalsihment, they raise &feed u like their Godson. Now you beg for their unconstitutional interference, and when it is denied, you call them traitors. Questioning the former premier’s character, she added, “You have the audacity to talk about trust deficits?” You think people are fools?” Minister for Information and Broadcasting Marriyum Aurangzeb on Wednesday said Pakistan Tehreek-e-Insaf (PTI) Chairman Imran Khan should not use the name of Quaid-e-Azam Mohammad Ali Jinnah to achieve his “nefarious agenda”. “Whether Quaid-e-Azam has said that the (wrist)watch with the image of Mecca should be sold from Toshakhana, or did he say to offer a lifetime extension to the army chief behind closed doors,” she said while addressing a news conference here to brief the media persons about the decisions taken by the federal cabinet chaired by Prime Minister Shehbaz Sharif.

The minister said today Imran Khan while congratulating Chief of Army Staff General Syed Asim Munir on assuming the charge cited a “farman” (saying) of Quaid-e-Azam Muhammad Ali Jinnah and expressed the hope that the new leadership of the military would end trust deficit between the nation and state. She said “if Imran Khan thinks that the meaning of trust deficit is to offer a lifetime extension to the army chief behind closed doors then the mistrust actually prevails in his mind.” Marriyum went on to say that Imran Khan made an offer to the (former) army chief for a lifetime extension, “launched malicious (social media) campaigns against the martyrs and officers of Pak Army, formally invited the head of an institution to intervene in the politics and above all forced the governor, deputy speaker and other constitutional office holders to violate the Constitution so that he could remain in the power”.