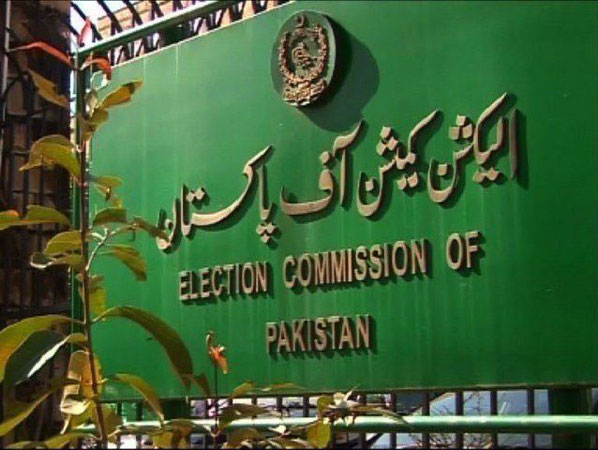 The Election Commission of Pakistan (ECP) on Wednesday announced that the local government (LG) polls in Punjab would be held in the last week of April next year.

The meeting presided over by Chief Election Commissioner (CEC) Sikandar Sultan Raja said the commission wanted no more delay in the LG polls. The meeting decided to fix the date of LG polls in last week of April after consulting representatives of the provincial government.

The CEC directed the representatives of Punjab government to immediately provide copies of election rules and data to the Punjab election commissioner and district election commissioners. The representatives of the Punjab government assured providing draft rules, made after incorporating the ECP’s feedback, for perusal of next cabinet meeting. They also assured providing copies of draft rules to the ECP, district election commissioners and deputy commissioners. The CEC said that the elections have not yet been held in Punjab only due to frequent changes in elections laws and other delaying tactics used by the successive provincial governments. Briefing the meeting, the secretary of Election Commission said that the tenure of local government in Punjab has already ended on January 1, 2022. He said the ECP has completed the delimitation task for holding LG polls twice due to changes in LG laws.

Meanwhile, preparations have been finalised for second and third phases of the local government elections in Poonch and Mirpur divisions of Azad Jammu and Kashmir (AJK) on December 03 and December 08 this year, the AJK Election Commission sources said.

The civic polls in AJK are being held in three phases under the auspices of Azad Jammu Kashmir Election Commission with the coordination of the judiciary in a free, fair and transparent manner in collaboration of the security institutions including local civil law enforcement authorities.

Senior Member AJK Election Commission Raja Muhammad Farooq Niaz, when contacted, told APP that adequate arrangements had been made for holding of the LG polls in AJK in free, fair and transparent manner after a long pause of over three decades.

It may be mentioned here that in the first phase, the local government elections had been held in Muzaffarabad division on November 27. In all three districts of Mirpur division including Mirpur, Kotli and Bhimbher districts, a total of 1,232,079 registered voters will go to exercise their right of franchise to elect the local government representatives of their respective choice in the third phase of the polls on December 08. These registered voters include 563,016 in Kotli district, 366,043 in Mirpur district and 303,020 registered voters in Bhimbher district, he said.

Raja Farooq Niaz continued that a total of 1,026 polling stations were being set up in Kotli district, 625 in Mirpur district and 538 in Bhimbher district. Raja Farooq Niaz said that polling would start at 8am and would continue till 5pm without any pause. He added that the registered voters to be present in the premises of the polling stations after passing of the stipulated last time, would also be able to use their right of vote.