• Manned spaceship, atop the Long March-2F Y15 carrier rocket, blasted off from the Jiuquan Satellite Launch Center in northwest China
• Three astronauts aboard Shenzhou-15 entered country's space station and met with another astronaut trio
• Shenzhou-15 mission will wrap up last stage of space station construction and kick off first stage of its application and development 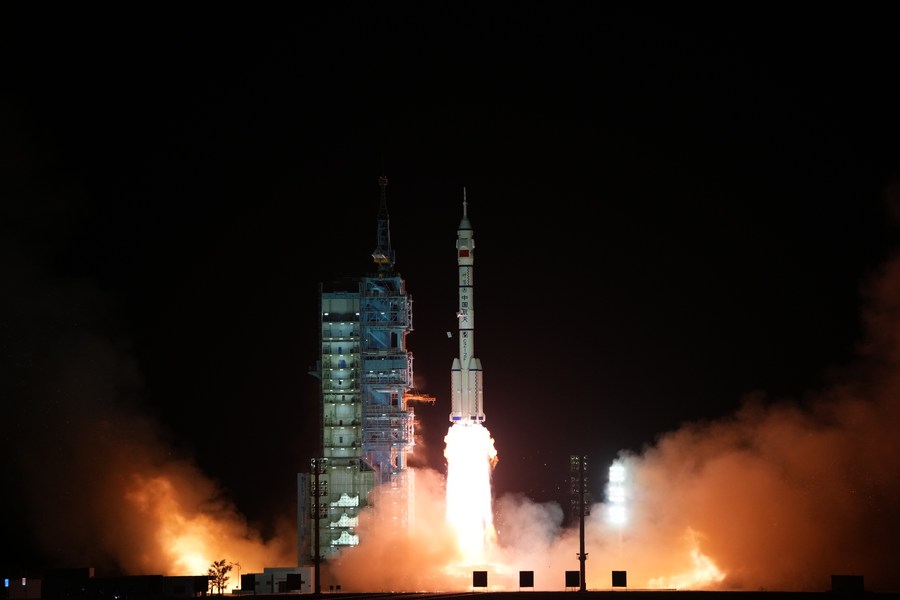 JIUQUAN: The three astronauts aboard China’s Shenzhou-15 spaceship entered the country’s space station and met with another astronaut trio on Wednesday, a historic gathering that added the manpower at the in-orbit space lab to six for the first time.

China launched Shenzhou-15 on Tuesday night. The manned spaceship, atop the Long March-2F Y15 carrier rocket, blasted off from the Jiuquan Satellite Launch Center in northwest China at 11:08 p.m. (Beijing Time), according to the China Manned Space Agency (CMSA).

About 10 minutes after the launch, Shenzhou-15 separated from the rocket and entered its designated orbit.

At 5:42 a.m. Wednesday, the Shenzhou-15 spaceship conducted a fast automated rendezvous and docked with the front port of the space station’s Tianhe module. The space station was expanded to its largest configuration with three modules and three spaceships, having a total mass of nearly 100 tonnes.

At 7:33 a.m., Chen Dong, the commander of the Shenzhou-14 crew, opened the hatch. The three space station occupants greeted the new arrivals Fei Junlong, Deng Qingming and Zhang Lu with warm hugs and then they took a group picture with their thumbs up, shouting in chorus — “China’s space station is always worth looking forward to.”

The space reunion has kicked off the first in-orbit crew rotation in China’s space history, said the CMSA.

The rotation can verify the feasibility of the regular rotation mode that will follow, according to Gao Xu, a senior spaceship designer at the China Academy of Space Technology. 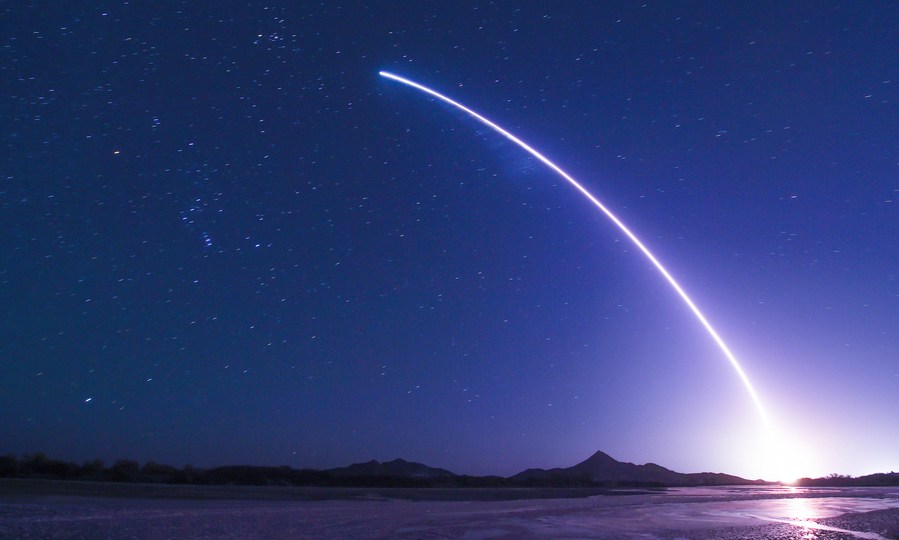 The Shenzhou-14 astronauts, who were sent to the space station in June, plan to complete the in-orbit work handover in about five days, and then return to the Dongfeng landing site in north China’s Inner Mongolia Autonomous Region.

During the rotation of the two groups, they will complete a work handover concerning the status of the space station combination and materials, as well as the experimental projects. Meanwhile, the Shenzhou-14 crew will continue to make preparations for their return, said Ji Qiming, assistant to the CMSA director, at a press conference on Monday.

With six astronauts in orbit, it’s a challenge to allocate resources such as space, equipment and materials rationally for more efficient utilization, according to the China Astronaut Research and Training Center.

There are two sets of kitchen equipment in orbit, allowing the six to prepare a meal at the same time and share food with each other. In addition, two modules of the space station are equipped with two sanitary areas and six sleeping areas, all of which can be used independently, said the center.

The processing capacity of the environmental control and life support system will also be increased to meet the maximum demand from six people.

During the rotation, the information of the two manned spaceships will be transmitted through different lines for exclusiveness and accuracy, Gao said.

In addition, an emergency evacuation strategy based on the situation of two berthing spaceships has been worked out to ensure the safety of astronauts, Gao said. 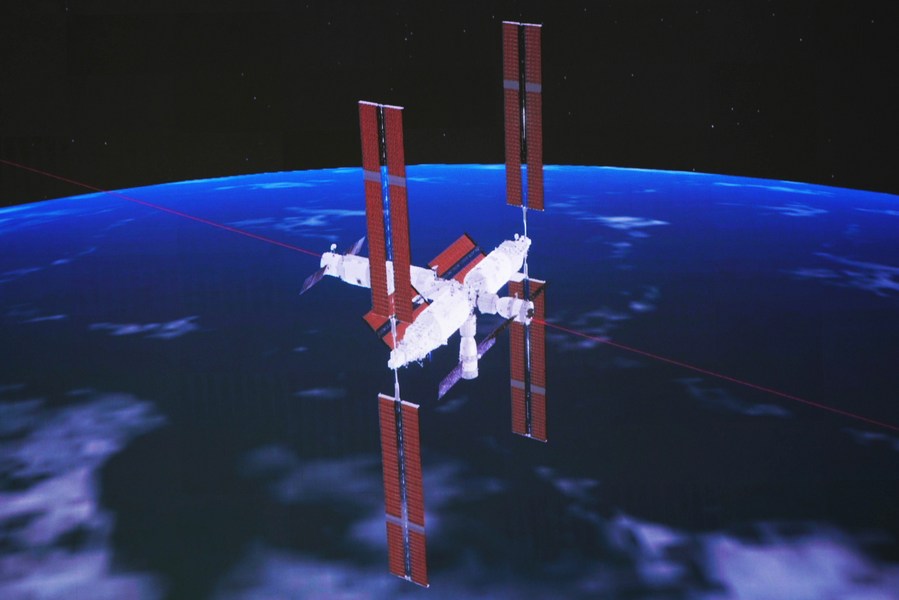 The Shenzhou-15 mission will wrap up the last stage of the space station construction and kick off the first stage of its application and development, Ji said.

During their six-month mission, the Shenzhou-15 crew will carry out tests related to long-term residence in China’s space station at its three-module configuration, Ji said.

The crew will also unlock, install and test 15 scientific experiment cabinets, and carry out more than 40 experiments and tests in the fields of space science research and application, space medicine and space technology, Ji said.

They will conduct extravehicular activities (EVAs) three to four times and complete the installation of the Mengtian lab module extended pump sets and the exposure payload platform, Ji said.

The astronauts need to master the operation skills of the new extravehicular spacesuits, node cabin of the Tianhe module, mechanical arms and other facilities and equipment as well as relevant emergency fault dealing methods, according to the China Astronaut Research and Training Center. These requirements call for high standards in terms of physical strength and extravehicular operational skills.

The crew will also verify the exit mode of the cargo airlock cabin of the Mengtian module, and cooperate with the ground to complete six cargo exit tasks. They will perform regular platform testing, maintenance, and space station affairs management, Ji said. 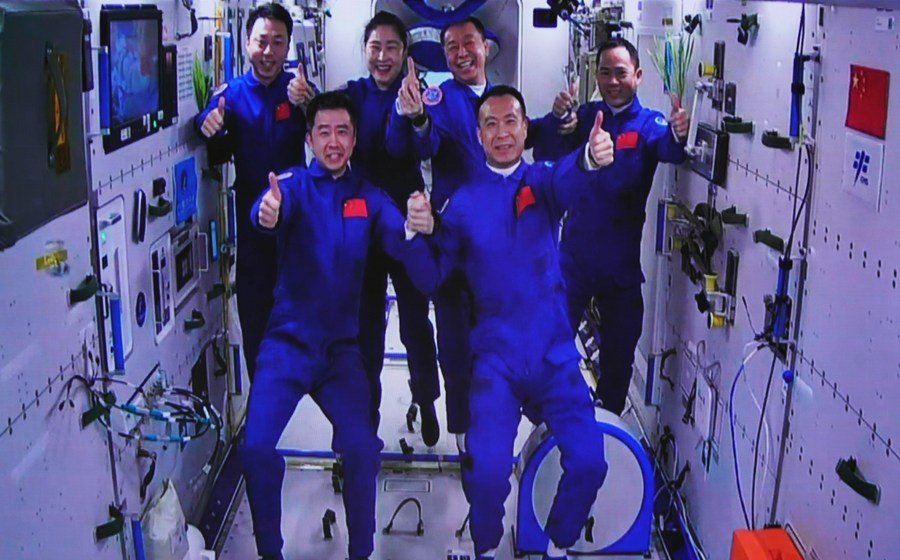 As the Shenzhou-15 spaceship was launched on a freezing winter night more than 20 degrees Celsius below zero, technicians at the launch pad took multiple measures to improve the launching facility’s adaptability to low temperatures, said Chen Tingzheng, a specialist at the Jiuquan Satellite Launch Center.

The remaining carrying capacity of the spaceship has been utilized to transport two experimental payloads to the space station – an in-cabin radiation biological thermostat and a plant experiment unit package.

As the spaceship can reach the space station quickly, the two facilities that require timely installation can be delivered without delay, according to Gao.

Fresh vegetables and fruit with a short shelf life were also packed into the spaceship, said Gao.

During their stay, the Shenzhou-15 crew will see the arrival of the Tianzhou-6 cargo craft and Shenzhou-16 manned spaceship. They are projected to return to Earth in May next year.

An average of two launches of crewed spaceships every year will become routine in the future, Gao said.

“Humankind will not be confined to Earth,” Gao said, “They will certainly go farther into the outer space to explore.”