Mahira and Quick Style shake a leg on ‘Morey Saiyaan’ together 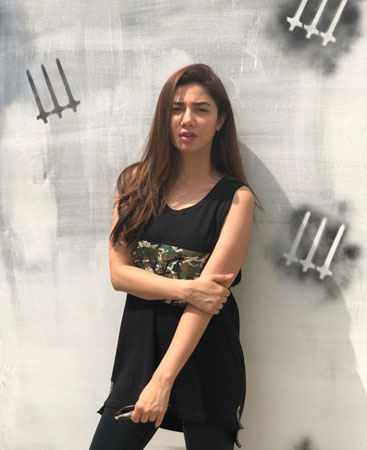 The Internet is going crazy as a video has been making rounds where Mahira Khan and the famous Quick Style gang could be seen dancing on her famous song Morey Saiyaan from film Superstar. In the video, first Mahira performs solo and later on the entire gang joins in and follows her steps. All of them could be seen laughing and cheering and having a fun time together. The Quick Style posted the video on their Instagram with a caption: “Who is coolest?” Khan looks gorgeous as ever while dancing. She wore a black sweatshirt along with a pair of black leather pants and also wore hoops in her ears. She looked absolutely stunning. Previously, the viral gang also met Sinf-e-Ahan actress Syra Yousuf and Coke Studio singer Kaifi Khalil. Quick Style is currently in Pakistan for a tour and landed in Karachi last week.