Minka and Dan Reynolds spotted out together in LA 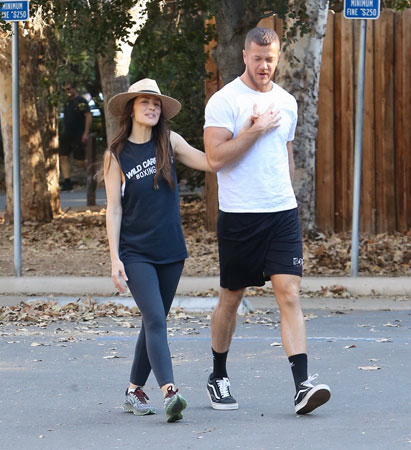 New couple alert? On Nov. 26, Minka Kelly and Imagine Dragons frontman Dan Reynolds have sparked romance rumours after they were spotted together on what appeared to be a dinner date at Cafe Stella in Los Angeles.

They spent several hours together inside, according to an eyewitness.

The pair, who both exited relationships earlier this year, were photographed outside and in an Audi SUV, with the Friday Night Lights alum behind the wheel and the rocker sitting behind her. Dan stroked Minka’s hair as they sat inside the vehicle.

Neither star has commented on their night out or clarified their relationship status. E! News has reached out to Dan and Minka’s reps for comment and has not heard back.

For their night out, Minka wore a black plunging top, matching pants and black and white canvas sneakers, paired with a long wool gray coat and large hoop earrings.

Minka and Dan’s outing comes more than two months after the singer announced on Twitter that he and his wife Aja Volkman have separated.

It marked the second public breakup for the former couple, who share three daughters and a son and married in 2011. In 2018, Dan announced that he and Aja had ended their marriage.

Months later, he said told Zane Lowe on Apple Music’s Beats 1 that the two called off their divorce, while his wife said on social media that the two were “rebuilding.”

Minka was also in an on-again, off-again relationship earlier this year, with Trevor Noah. In May, a told E! News it was “100 percent over” between the Daily Show host and the actress, who first started dating in 2020, and that “they’ve been broken up for a while.”