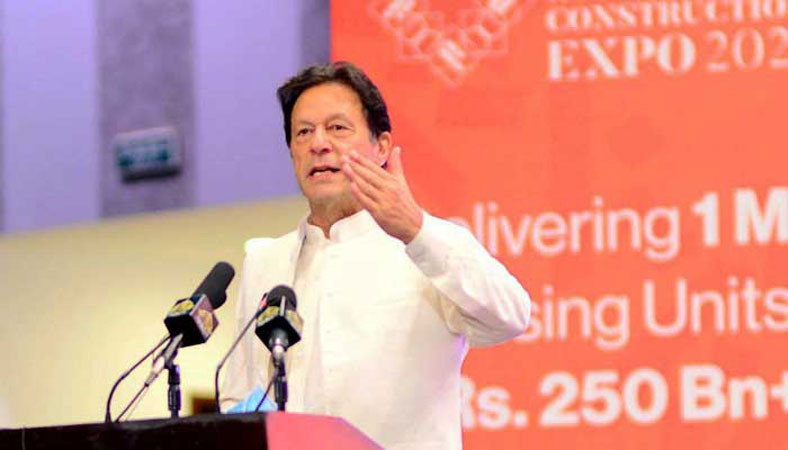 Former prime minister and PTI Chairman Imran Khan has called for signing an online petition to raise voice for PTI Senator Azam Swati, who was arrested for the second time for allegedly tweeting against senior military officials on Sunday. The petition shared by the former premier on his official Twitter handle claimed that Senator Swati’s life is in danger and he was arrested for free speech, after being charged with multiple false first information reports (FIRs). “[Azam Swati is] in custody of same perpetrators who physically & sexually tortured him Before. He was protesting his right of free speech outside the Supreme Court of Pakistan to no avail. He is arrested again .Pakistan is under fascist regime. We need help,” it added. An FIR against Swati was registered by the FIA Cyber Crime Wing on November 26, a copy of which is available with The Express Tribune, over ‘controversial’ tweets he had posted recently allegedly against government functionaries, including the then chief of the army staff (COAS).

The report maintained that the PTI leader had started a “highly obnoxious campaign of intimidating tweets” against state institutions, including the army chief “with malafide intentions and ulterior motives”. The FIR was registered on the complaint of the state through Islamabad Cyber Crime Reporting Centre Technical Assistant Aneesur Rehman. “I have signed this petition; and I want all those who are appalled at what Azam Swati continues to go through & those who care about rule of law & human rights should also sign this petition,” the former premier said in a tweet.