No elections before August next year: Ahsan 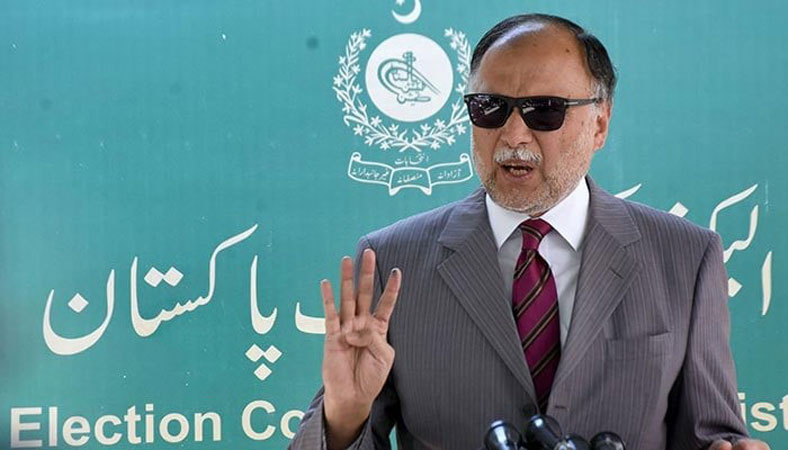 Federal Minister for Planning, Development, and Special Initiatives Ahsan Iqbal Sunday ruled out the possibility of general elections in Pakistan before August 2023 after PTI Chairman Imran Khan decided his party and allies would quit assemblies.

The former prime minister has called off his long march to Islamabad and instead announced that his party would soon be resigning from the country’s assemblies – including Khyber Pakhtunkhwa and Punjab, where the party rules.

“As far as elections are concerned, even PTI knows that early elections aren’t possible in the country as it will take around 6-8 months for rehabilitation works to complete in Sindh and Balochistan – the provinces hit hard by floods,” the minister said while talking to a private news channel.

Iqbal said amid all the destruction, the government can’t force the country into snap polls as this will not be a mere election of a district in Mianwali – Khan’s home place. Flooding across Pakistan left one-third of the country under water, destroyed around two million homes and business premises, washed away 7,000 kilometres (4,500 miles) of roads, and collapsed 500 bridges – while water is still stagnant in several parts of the country.

In case the new census is out by March or April, then the Election Commission of Pakistan (ECP) will take at least four to five months for delimitation and the country will ultimately move towards polls in August.

“This is an administrative and natural timetable that might not change,” the minister said as he strongly opposed holding country-wide elections.

Iqbal hinted that the elections could be held in October as it is a Constitutional requirement to hold them during a stipulated time frame.

The federal minister asked the PTI chief to put an end to his “negative politics”, return to the Parliament, and hold negotiations with the coalition government.

“Imran Khan should partake in the [meetings of the committee for electoral reforms] if he wants to ensure that the next elections aren’t controversial,” the minister noted.