* Thousands of Instagram complimented her looks and pictures with their comments 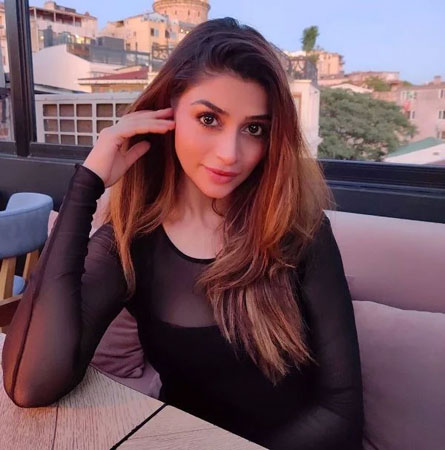 The latest pictures of the actor and “Mere Humsafar” star Zoya Nasir is going viral on the social media application Instagram.

Zoya Nasir was in a sleeveless red top, blue jeans and white sneakers in the viral pictures on the visual-sharing platform Instagram. The celebrity posed for the clicks with greenery around her.

Thousands of Instagram complimented her looks and pictures with their comments.

Zoya Nasir wins hearts by sharing pictures and videos of her personal and professional happenings. They are liked by netizens and become the talk of the town.

Earlier, the “Hania” actor’s picture of her in a maroon top and jeans went viral. It got thousands of likes from the application.

The clicks of her in a white dress made rounds as well. Apart from sharing pictures, the actor has impressed audiences and critics with her sublime performances in dramas “Hania”, “Prem Gali”, “Mere Apne” among others.

The celebrity’s role was that of Sameen Jalees Ahmed. Her character had a crush on protagonist Hamza Raees Ahmed since childhood. However, she gets heartbroken when the latter marries Hala.